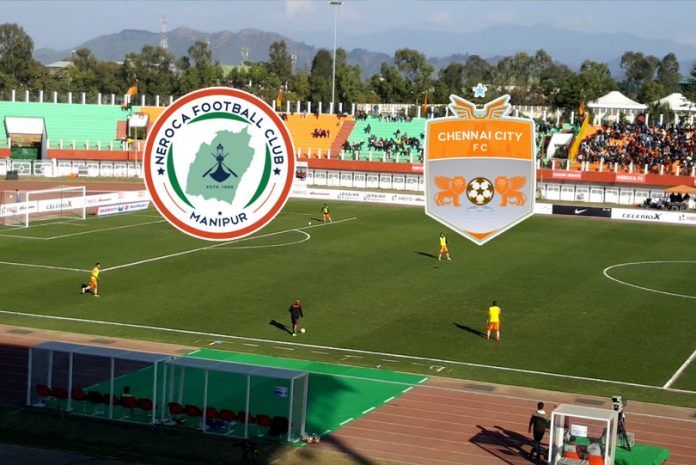 NEROCA FC will be fighting for survival as they host Chennai City FC in the crucial I-League encounter at the Khuman Lampak Stadium in Imphal today (Saturday).

The hosts, placed ninth in the 11-team league, will be out for a must-win game to avoid relegation. They have lost eight of their 16 matches and won only three while managed to force draw in the other five.

Any other loss will force the Manipur-based club into the relegation zone. While Indian Arrows are confirmed to end up at the bottom of the I-League points table, NEROCA FC will be desperate to steer clear from the range of the Aizawl FC, who are just two points behind but have played a game less than the other I-League team from the North East.

NEROCA will be pinning their hopes on Philip Adjah Tettey, who with a hat-trick against Punjab FC has accumulated eights goals from the season.

Chennai City, placed seven in the league table after 15 matches and with 20 points, can rise up to the fourth position if they manage to inflict a big defeat on the hosts. However, head coach Akbar Nawas is well aware that the NEROCA FC at home are worthy of giving them a run for their money.

“NEROCA FC at home can be a really tough team to play, especially with their strong foreign contingent which has been yielding them the results,” said Nawas

“We are looking to finish as high as possible. It is a motivating factor for us that the race to the second spot in the league is for anyone to win. With a string of good results, we can ensure that we end at a spot which the team is deserving of. We will fight till the very end and ensure that we leave no stone unturned,” he added.