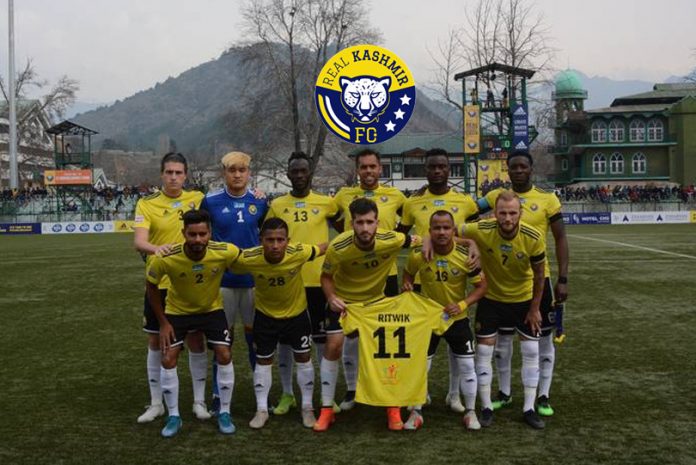 Real Kashmir would look to continue to surge to the second spot with a win over East Bengal in an I-League clash in Sri Nagar today. Having beaten Indian Arrows 1-0 and then squandering a two-goal lead and a penalty to settle for a 2-2 draw against Aizawl FC, RKFC returned to winning ways with a 1-0 win over Neroca FC.

RKFC have collected seven points from their three consecutive home matches so far. The East Bengal match would be their fourth straight match at the TRC Ground.

Kashmir have 22 points from 14 matches and are third in the standings. East Bengal are fifth with 20 points from 15 games.

Centre back Mason Robertson has played a crucial role in Kashmir’s campaign. The Scotsman’s goals have been key for RKFC this season. His opportunistic strikes have helped them get crucial points. He has already scored six goals in 12 matches and would be expected to lead RKFC’s forward march.

Robertson, together with Kallum Higginbotham and Bazie Armand, have been their key players.

However RKFC Coach Mason Robertson would be glad that local hero Danish Farooq was on the score sheet against Neroca. It was his first-half header that helped Kashmir log three crucial points in their last match.

The match, starting at 2:00 pm, will be broadcast LIVE on 1Sport.