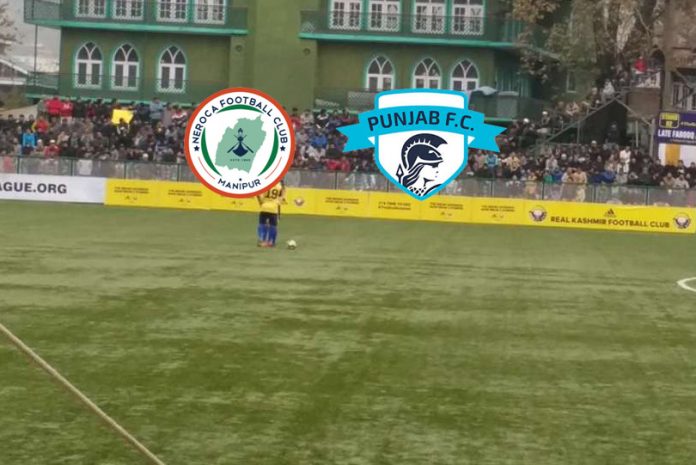 Facing relegation, Neroca FC will host second-placed Punjab FC on Tuesday in the I-League fixture. With just five games to go for the hosts, they would like to win the match to get out of the relegation zone. Currently they are one point behind ninth place Aizwal FC who have a game in hand.

In their last encounter in Ludhiana, Neroca took an early two goal lead before Dipanda Dicka scored a hat-trick to settle the match in Punjab’s fabour.

The Manipur side have tough fixtures ahead which could become important should they fail to win at home against Punjab.

After Punjab, the Orange brigade will host the defending champions Chennnai City before playing their northeast rivals Aizwal FC in an away fixture. The match against Aizwal will be crucial for both the club’s quest for survival.

Gift Raikhan’s side in their last two match-ups will host East Bengal and Churchill Brothers. The Nreoca coach understands the race for survival is getting intense with each game and how important is the win against Punjab.

“The relegation battle is getting intense, especially with the end of the season knocking on the door. It’s not about Punjab, or Churchill, or East Bengal. It’s about approaching the games as they come and winning because one result can make a lot of difference,” Raikhan told PTI.

“We are prepared and with three points at home tomorrow, we will be in a good place going forward,” he added.

Punjab, on the other hand, have registered just one win in their previous five outings. The lacklustre run for the Ludhiana outfit sees them just three points clear of Chennai in eighth place in what has been a waterlogged middle stack.