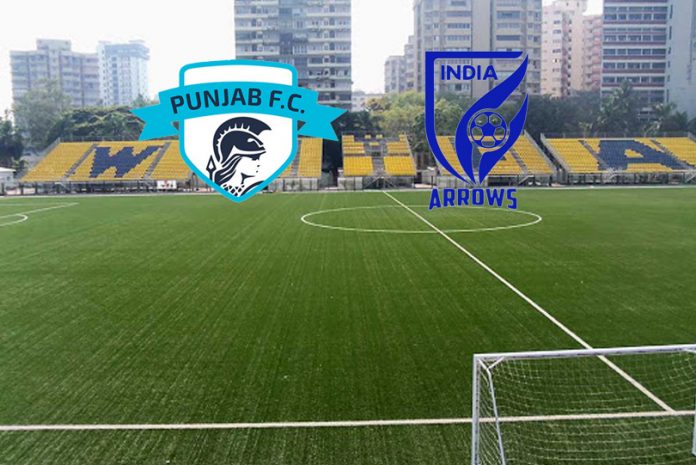 Minerva Punjab will aim to consolidate their position as the No. 2 team on the I-League points table and steer further clear of Churchill Brothers as they take on Indian Arrows at the Cooperage Stadium in Mumbai.

Hosts Indian Arrows have been the weakest team in the I-League this season, having lost ten of their 14 encounters while managing to win only two and enforcing draw in the other two. The Punjab outfit too have only five wins on the table for them from 14 outings. But they have managed to enforce draw in seven and lost only two to find the second position behind table toppers Mohun Bagan, who enjoy 13-point lead atop the table.

Minerva Punjab will be out to make the most of the opportunity at hand against the Arrows. Only two points separate Minerva Punjab from Churchill Brothers, who have played a match set, and the Punjab-based team is well aware of the consequences of an adverse result.

Punjab are coming into the game on the back of a draw against Gokulam Kerala FC, which hampered their chase for the title after Mohun Bagan extended their lead at the top of the table with a 3-1 win over TRAU on Sunday.

Their striker Dipanda Dicka is on the cusp of making a piece of history of his own as he sits only a strike away from completing a half-century of goals in the Hero I-League. The Cameroonian was also the solitary goal scorer for Punjab in the draw against Gokulam.

Speaking before the match, Head Coach, Punjab FC, Yan Law said, “Our match against Gokulam didn’t go as expected. Both teams missed their chances and we couldn’t defend our lead. We are disappointed with the result but we are not giving up hope. Mohun Bagan haven’t won the league yet and it’s mathematically possible for us to take the top spot. So we will keep fighting till the last match and hope for the best.”

The coach also spoke about playing in Mumbai as it is their first time in the season for his team. Law said, “Mumbai is a fantastic place to play. The fans are brilliant and the atmosphere absolutely electrifying. The Arrows are a very organized young team who keep causing their opposition all sorts of problems for the entire 90 minutes. We have to take this game very seriously as nothing less than three points will do for us.” he added.

The Indian Arrows, after losing the first two games by margins of 1-3 and 0-2 in Mumbai, would be hoping for a better show on Tuesday.

Leading goal scorer and the Captain of Indian Arrows, Vikram Pratap Singh said, “Punjab is a very good side and are second on the points table. They have many experienced players, few who have played for India in the past as well, along with a good bunch of youngsters. Our game against them in Ludhiana was a really hard-fought one and we are expecting another tough match. We will give our 100% and go for the three points.”

Singh also commented on his experience with the Arrows and the growth that he has experienced in the last few months, saying, “It is a great honour and opportunity to be a part of the Indian Arrows team. It has certainly helped me improve my game. Playing in the Hero I-League across India against top-quality professionals has taught us a lot and all the players in our team have grown as players.”

The match, to start at 5:00 pm, will be broadcast LIVE on 1Sports and streamed online LIVE on the 1Sports Facebook page and FanCode App.