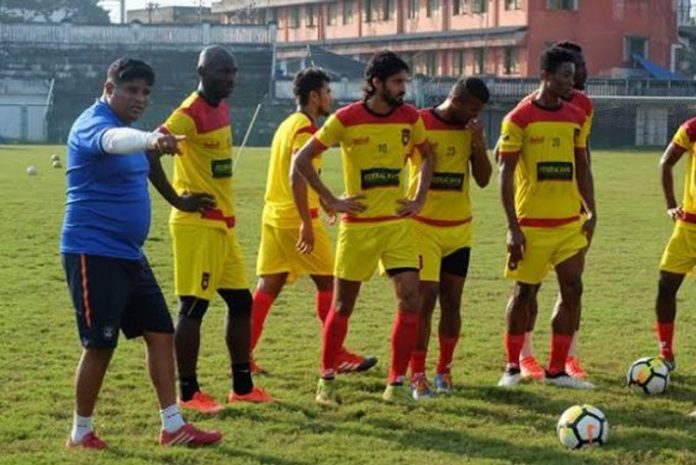 Gokulam Kerala FC will be aiming to bounce back as they host East Bengal FC at the EMS Stadium in Kozhikode today (Tuesday).

The hosts who have won only one and lost two of their last five games are well aware of the fact that a win over East Bengal can catapult the to the fourth position from the sixth and back in contention.

The Kerala side has, however, failed to perform consistently this season, winning only five and losing as many from their 13 outings and escaping with draws in the other three.

They know than nothing can be taken for granted against the Kolkata outfit.

“East Bengal is a competitive team, a club with a lot of history and recognition. The two foreign additions have empowered the team and it will be a really difficult team for us,” said Fernando Santiago Valera, head coach of Gokulam Kerala.

“I think that the lack of success in front of goal has penalised us a lot. We are a team that generates good football and many possibilities to get a goal and with different players involved, not only our forwards. Maintaining the same philosophy is what makes us strong as a team and the progression of the players is clearly visible.”

Fourth-placed East Bengal are upbeat with the opportunity edge past Churchill Brothers on the points table. “The objective is to try and win all matches for the remainder of the season”, said an upbeat Mario Rivera Campesino, head coach of East Bengal.

However, the Spanish gaffer isn’t oblivious to the threat that Gokulam possesses as he added, “Gokulam are a good team. They have a quality squad with great foreigners and besides that, they know this league inside out. It’s going to be a tough one for us.”

The match, to start at 5:00 pm, will be broadcast LIVE on 1Sports and streamed online LIVE on the 1Sports Facebook page and FanCode App.