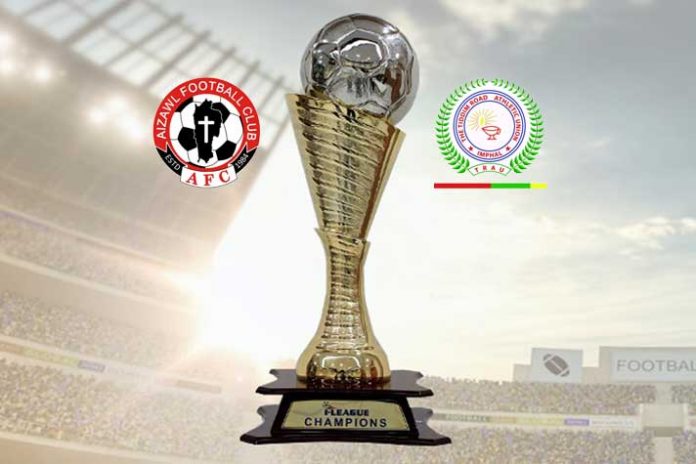 Eyeing a comeback, Aizawl FC will be taking on Tiddim Road Athletic Union (TRAU) FC in a Hero I-League match in Aizawl on Tuesday.

It has been a disappointing season for Aizawl, who have notched the joint-fewest wins with only two so far.

Their latest win arrived in their previous outing against the languishing East Bengal.

If the former champions can follow up with another victory on Tuesday, resurgence could be on the horizon.

Speaking ahead of the game, Aizawl FC head coach Stanley Rozario said, “Winning against East Bengal was a morale-booster for my players. They showed the character, attitude and fighting spirit on the field and worked hard to win the match.”

“It gave confidence to my players and I want us to continue with the same positive attitude and try hard to win the match and collect three full points at home.”

After a seven-match unbeaten run, TRAU have been left reeling following their 0-5 loss in the Imphal derby.

A win in the reverse fixture against their city rivals last month helped give a boost to TRAU’s season and they have since taken the league by storm, going toe-to-toe against the big guns.

They will be hoping that there are no after-effects of that deflating loss but the Tiddim Road outfit, however, will be without the services of defender Soraisham Sandeep Singh, who was sent off in the derby.

“It is heart-breaking to lose a derby but that is done and dusted now. We have to get back up on our feet and not let the defeat cloud our actions on the pitch going forward,” said TRAU FC captain Princewell Emeka.

The match will broadcast LIVE on 1SPORT from 7:00 PM IST straight from Rajiv Gandhi Stadium in Aizawl.