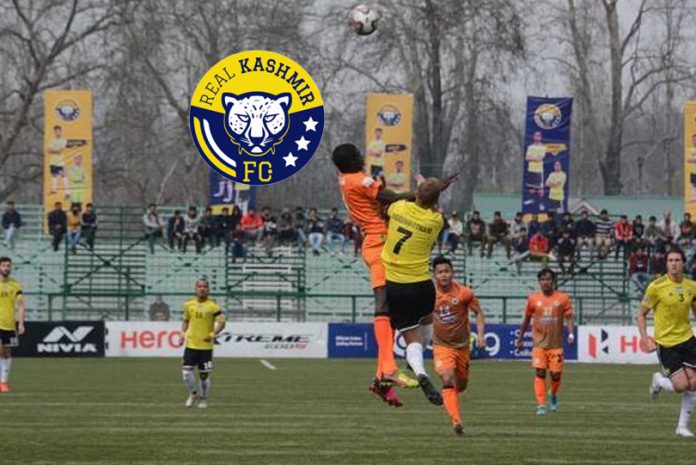 Sandeep Chattoo, Co-Owner of Real Kashmir FC said, “It was an emphatic win after a surprise draw on last Saturday. The win was important for lifting the morale of the team”.

Danish’s header in the 42nd minute was enough for Kashmir to move to 22 points from 14 matches.

Neroca remained at the 10th spot, with 15 points from 15 games, and remain in a battle to avoid relegation.

Real Kashmir were dominant from the first whistle at the TRC Ground. Their initial pressure forced Ousmane Diawara to barge into his own teammate while trying to avoid a goal scoring situation for RKFC. He was red carded for the high boot foul in the 11th minute. But surprisingly the referee overturned his decision.

The home team weren’t much perturbed and kept looking for an opening, getting it just before the stroke of half time.

An unmarked Danish Farooq nodded home a Chesterpoul Lyngdoh centre in the 42nd minute. Danish came perilously close to doubling his team’s lead at the fag end of the first half But his lobbed attempt was somehow kept out by Neroca goalkeeper. RKFC kept up the pressure on Neroca after the break.

They got a good opportunity to extend their dominance in the 70th minute when Danish took a quick turn after being released by Kallum Higginbotham. But his shot went straight to the Neroca goalkeeper.

RKFC’s next match is at their home against Kolkata giants East Bengal on March 9.