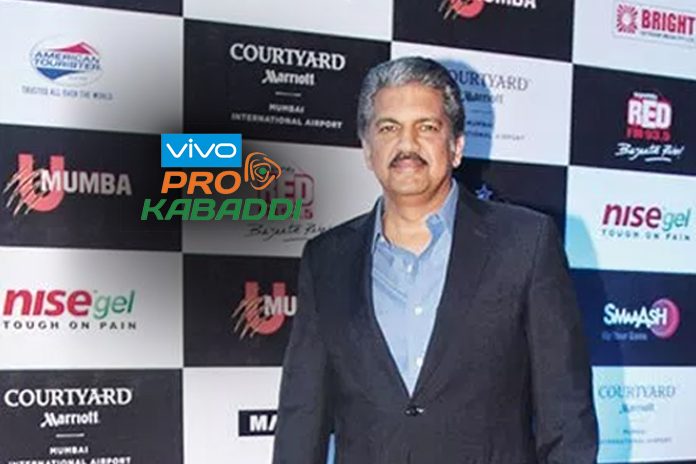 Pro Kabaddi has been among the top success stories for professional sports leagues in India. Few would know that when the Indian Premier League was taking the sports world by storm for its grandeur and commercial volume in 2008, somewhere the idea of a league for kabaddi was brewing in the mind of industrialist Anand Mahindra, who now owns a minority stake in Mashal Sports, his joint venture with Star Sports that launched India’s second most successful professional league.

As the PKL is completing its sixth season on a phenomenal high, Mahindra in an exclusive interview with thebridge.in has revealed the secret behind the formation of the league.

“It was May 2008, and the inaugural edition of the Indian Premier League T20 competition had finished. And we all know what a resounding success it was. I was convinced that the time for professional sports leagues in India, combining entertainment, television and big business had arrived. I first attempted to do it within Mahindra & Mahindra as a rural league with our Tractor dealers as franchisees,” Mahindra has told the website.

“My team couldn’t take the idea forward. So I decided to do it in my capacity, and I reached out to my brother-in-law, sports broadcaster Charu Sharma to partner and manage the project because I knew he was a votary of the game. I have to admit though; I never envisaged that the Pro Kabaddi League would gain such traction so swiftly.”

Mahindra had engaged his brother in law and sports presenter Charu Sharma with the venture. However, the success was yet to come. He shares that when people had little faith in the idea, how a visionary in Star India CEO and Chairman Uday Shankar came forward to jointly create what today is among the leading commercial sports properties in India.

“As we were preparing for season one, I was in New York and got a call out of the blue from Uday Shankar, CEO and Chairman of Star India, and we set up to meet over lunch. He told me that he had already been to see Rupert and James Murdoch about his plans for kabaddi and vowed to them that he would make it the second most popular TV sport in India after cricket if STAR was allowed to invest in the league. On hearing this, I asked him if he too had been smoking something illegal!  But as Uday continued, I became convinced that if anybody could pull it off, Star could,” Mahindra told the website.

“So I offered his channel a majority stake in the venture, which surprised him but I told him that my goal was not to make a fortune, but to make the game succeed, and if STAR was in the driver’s seat, and also driven by his conviction, then the chances of success were significantly higher. We shook hands there and then.”

Mahindra had conceived the league as a sports activation for his the Mahindra & Mahindra Tractor distributors across the country. Today when the PKL is outnumbering Australia-India Test series for television viewership ratings, the brain behind the league agrees to be “surprised” with this grand success, while also being confident about the Star Sports’ ability to take the league to even greater heights.