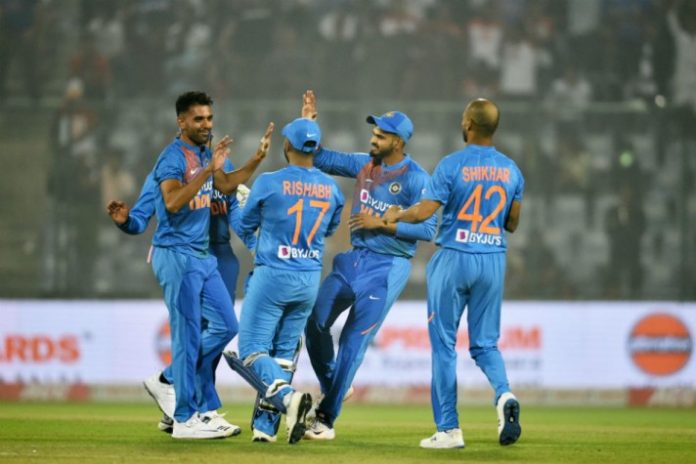 The BCCI on Wednesday announced the swapping of venues of India’s first and third T20 Internationals against the West Indies with the opening match now scheduled at Hyderabad on December 6.

As reported by PTI last week, Mumbai will host the third and final T20 International on December 11. The second T20I will be held as per earlier schedule in Thiruvananthpuram on December 8.

As per the original schedule, Mumbai was supposed to host the series opener against the West Indies while Hyderabad was the venue for the third T20 International.

“The 1st Paytm T20I between India and West Indies, which was scheduled to be played in Mumbai on the 6th of December, 2019 has now been shifted to Hyderabad. The Rajiv Gandhi International Stadium will now play host to the T20I series opener between the two teams,” BCCI secretary Jay Shah said in a statement.

“The Wankhede Stadium in Mumbai will host the 3rd T20I between India & West Indies on 11th December, 2019,” the statement added.

The rest of the schedule for the West Indies series remained unchanged.

The decision to swap the venues was taken after the Mumbai Police had expressed its inability to provide security as the city would be on a high alert on December 6, the anniversary of the Babri Masjid demolition and also the “Mahaparinirvan Din” of B R Ambedkar.

On that day, lakhs of Ambedkar followers throng the Chaityabhumi, his memorial at Dadar in Mumbai.

The last time Mumbai hosted an international match was against Sri Lanka, a T20I in December 2017.