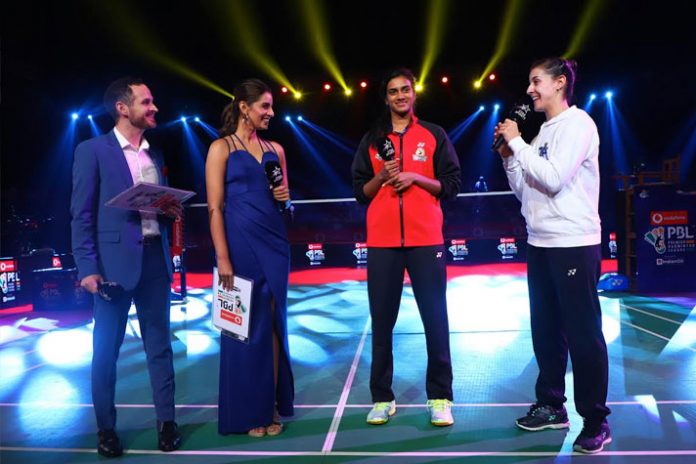 Defending champions and the PV Sindhu-led Hyderabad Hunters could not have asked for a better opening to Season 4 in the Vodafone Premier League Badminton (PBL) than what they got against debutant Pune 7 Aces on Saturday night. But keeping the winning momentum is what would be weighing the minds of Hunters’ players, especially when they begin the home leg and play their first match against Chennai Smashers at home tomorrow.

The confidence that Sindhu, who won the World Tour Finals, displayed the other night in Mumbai against reigning world champion Carolina Marin was something to marvel when the Indian beat her for the first time in the PBL. Having done that, she will be making all efforts along with her team members to maintain the winning momentum against the 2016 Champions, the Chennai Smashers.

Sindhu before the start of the home leg did admit Mumbai was a dream start for the team but it would be important to concentrate on the job at hand. “Yes, it was a very good start and we managed to win our opening tie without dropping a single match. Now we are playing on home turf and I am really looking forward to keeping the winning momentum going,” she said.

Asked if the home crowd support would come in hand, she said: “Yes, we always count on the crowd support and expect yet another good game, especially I will be playing for my own city Hyderabad for the first time and it is special as well as very emotional for me.”

On the other hand, the Parupalli Kashyap, who recently tied the knot to Saina Nehwal, has his task cut out as the Chennai Smashers would want to upset all calculations of the home team. For that to happen not only the reliable Kashyap has to lead from the front but also expect Sun Ji Hyun puts up a better showing against Sindhu. But the experienced Indian knows full well that the team has to jell well and fight with full force to dislodge a settled team like Hunters.

“This is going to be the first match of this season for us and the team is really determined to give its best shot tomorrow. Hyderabad Hunters are one of the strongest teams this season and they have come here with a win already in their bag and would be very confident of repeating it. In the last few days, we have trained well and are looking forward to the opening night,” said Kashyap.

Talking on his personal form, he said that the playing at the league was very important to him after having been plagued by injuries. “Personally, playing the PBL is very important to me. Most of this year has been a difficult one for me with all the injuries and staying away from the Court. Now that I have started playing and moving well, I am really looking forward to the matches,” added the Smasher winning team member from 2016.

The Hyderabad leg of Season 4 will end on December 28 with the doubleheader being played on the last day.