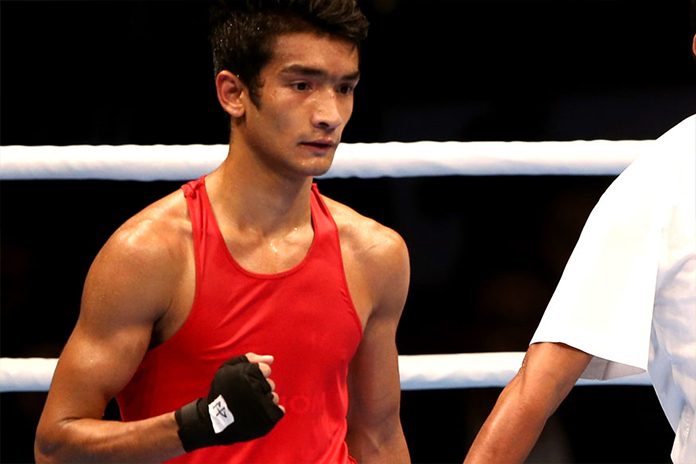 A record fourth Asian Championship medal in his cabinet, Indian boxer Shiva Thapa says throwing caution to the wind and hurting rivals from the very first second is helping him rediscover himself after enduring an erratic season last year.

Thapa became the first Indian male boxer to claim four consecutive Asian medals with a 60kg category bronze in the just-concluded edition in Bangkok. He had won a gold in 2013, a bronze in 2015 followed by a silver in 2017 at the tournament which can easily be called his ‘happy hunting ground’.

“I have tried to become more aggressive, I now try to hurt my opponents from the first ring of the bell. I have realised there is no point in waiting,” Thapa, a two-time Olympian and a former world championships bronze-medallist, told PTI in an interview.

By waiting, Thapa implies the cautious approach which was the hallmark of his style in the past.

“That can cost you bouts, I now understand. You feel that you are conserving yourself for that big assault but the judges won’t wait that long. So, now I go all out from the first round itself. I am aggressive,” he explained.

Aggressive he certainly was in all his bouts in the Asian Championships this time. The semifinal loss to 2015 edition’s silver-medallist Kazakhstan’s Zakir Safiullin was a split verdict and could have gone either ways.

“It was certainly my most intense performance in the Asian Championship. Compared to 2017, I was a lot more worked up. I think it was reflected in how I fought and my body language. I don’t think I gave away even an inch in any of my bouts,” he said.

The year gone by wasn’t particularly a good one for him. He couldn’t make the team for the Commonwealth Games and lost in the opening round of the Asian Games.

But 2019 has started on a much better note for him with a creditable silver at the GeeBee Tournament in Finland in March being followed by the record Asian medal.

National coach C A Kuttappa, who has worked with Thapa since his early days, says upping the aggression is something that he has always wanted from Thapa and the boxer from Assam is giving him exactly that in the ring now.

“I can say, he performed the way I wanted. I wanted this aggressive streak and I am glad he is showing it,” he said.

Thapa will be going up another division to 63kg after it was made an Olympic category by the International Boxing Association (AIBA). The new division will make its debut at the world championships, which will be the first Olympic qualifier as well. The event is scheduled in September in Russia.

“Another important lesson that I have learnt is to shut your mind off things that are said about you. Once you are inside the ring, it’s best to only focus on the fight, and not let the mind get occupied about the external factors,” he said but didn’t dwell any further on it.

“I think the approach is working for me. I am trying, I won’t say I am perfect but I am working in the right direction,” he added.