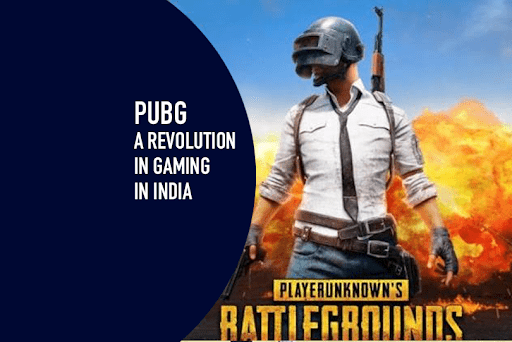 PUBG Mobile can be considered to be a stepping stone in Indian esports. From having 200-1k viewers on the biggest Dota2 and CS:GO events in India to PUBG attracting millions of viewers changed the dynamic of the Indian scene altogether. The game has given India attention on an international level, teams and players hailed as best pubg competitors are from India, this brings a sense of pride among any Indian. PUBG is a single game which has bought about a revolution in terms of esports in India, and surely made heads turn.

Launched in the year 2017, at a time when people in India were alien to anyone who tried to play a game professionally. PUBG really picked up the pace by 2018, players were so passionate about the game that it was inevitable that a competitive scene grew around it.

The success of PUBG is mainly attributed to its reach, as put by the co-founder of gaming monk-Ashwin Haryani “The Internet penetration rate increased with Jio, reaching even rural areas along with cheaper smart phones is what made PUBG so successful”. The game with 33million plus downloads in India was first of its kind on mobile in the world, the potential of a phone game upholding an esports scene was unthought of, in fact the game was so well developed that the focus of the game was gameplay over graphics and people accepted this.

The game was so competitive by itself that the first tournament PUBG Mobile Campus Championship 2018 saw an overwhelming response of 2 lakh registrations. Players began to play longer hours as prize pools increased, Tencent has always been a huge contributor to these tournaments as publishers and organizers could get more eyes on the game. The game also adapted to regional languages like hindi, tamil etc. Akshat Rathee co-founder of Nodwin mentioned this to Inc42,

“Gaming was there in India, even before PUBG, but it was mostly played on PC and the language of games was mostly English, all the commentary and storylines were also in English,” said Akshat Rathee.

Most importantly PUBG got an average person’s attention on esports in India, people that were previously unaware about competitive gaming are now familiar to what it’s about. The owner of Villager esports, Kuldeep Kumar says “The game accelerated esports growth in India”, he says that in 2 years the game has grown exponentially and reached more players who want to pursue pro gaming as a career. Gamers will find what suits best for them after PUBG, even if PUBG never returns players and orgs will move on to other games.

The ban that has caused much concern in the to the Indian players, and the entire esports scene in India is another turning point in Indian gaming that can be moulded to grow the industry.

“gamers will end up finding different avenues to game” said Ashwin Haryani as he pointed out that Gaming Monk is back on track after a short decline in gamers post PUBG ban on their platform. He says that players have shifted to either Free Fire or CODM or a different game altogether.

It will take little time for players to adapt to different games, and yes we may see new and younger stars in other games as well that will play professionally and represent India.

PUBG Mobile Gameplay Adjustments: Check all the Latest changes to be made in UI, Weapons, Royale Pass, and Season