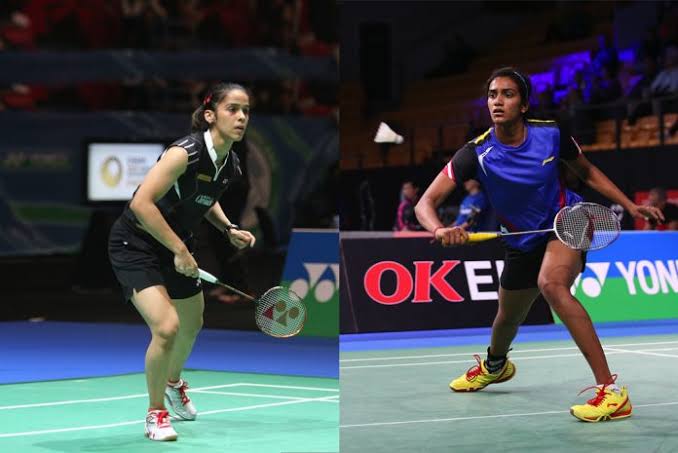 Satwiksairaj Rankireddy and Chirag Shetty will look to continue their sensational run but the focus will be on P V Sindhu and Saina Nehwal as they seek to avoid another early exit, at the Hong Kong Open, starting here on Tuesday.

The World No. 9 Indian pair has been simply outstanding in their last two outings as they finished runners-up at French Open and then made it to the China Open semifinals last week in men’s doubles.

Expectations will be high from the Indian duo as they open against the Japanese combination of Takuro Hoki and Yugo Kobayashi at the USD 400,000 meet.

For Sindhu and Saina, it has been few tough weeks as the duo made early exits from a series of tournaments since the World Championships in August.

Besides the French Open quarterfinal finish, Sindhu, who had won the World Championships gold in August, and Indonesia Masters champion Saina have either lost in the first or second round.

Last week, Sindhu went down in a three-game match against Taiwanese Pai Yu Po, while Saina lost in straight games to China’s Cai Yan Yan — both in the first round at China Open Super 750 tournament.

Interestingly, Saina will face the same opponent in Hong Kong and she will be itching to set the record straight against the world number 22 Chinese.

Sixth seed Sindhu will square off against Korea’s world number 19 Kim Ga Eun in the opening round.

In men’s singles, world number 10 Kidambi Srikanth, who has reached the finals at India Open and two quarterfinals in Malaysia and Singapore in April, will face the unenviable task of taming the two-time world champion and current world number 1 Kento Momota in the first round.

World Championships bronze medallist B Sai Praneeth, who had made it to the finals of Swiss Open Super 300, will open against third-seeded Chinese Shi Yu Qi.

Among others, Satwik will pair up with Ashwini Ponnappa to take on Thailand’s Nipitphon Phuangphuapet and Savitree Amitrapai in mixed doubles.

Ashwini and N Sikki Reddy will lead the Indian challenge in women’s doubles, while Pranaav Jerry Chopra and Sikki will fight it out in mixed doubles.