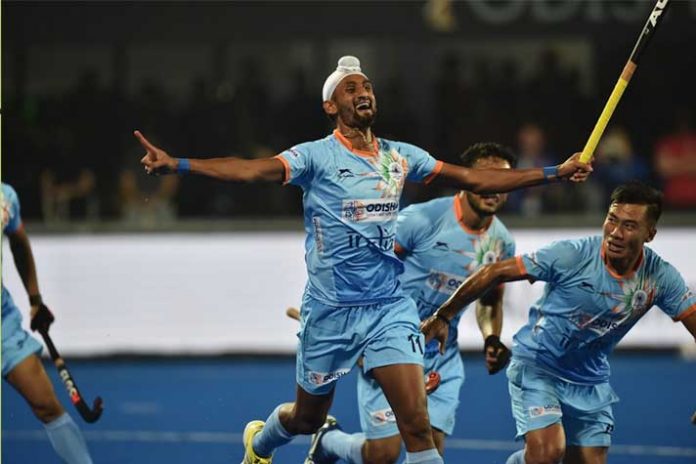 Hockey lovers in the country will not get LIVE commentary of ongoing FIH Men’s World Cup in Bhubaneswar, Odisha.

As hosts India got off to a flying start with a crushing 5-0 win over South Africa, the fans are left to catch the live action on Star Sports, Doordarshan, FIH’s official website and Youtube channels and host broadcaster’s OTT platform Hotstar.

Lack of  “content professionals” in Prasar Bharati has reportedly resulted in All India Radio’s failure to secure the audio (commentary) rights of the FIH Men’s World Cup. That means there will be no live commentary of the World Cup games as laws in the country do not permit the private radio stations to broadcast LIVE sports and news.

Prasar Bharati could not manage to buy the audio rights from Star India, sole and exclusive media rights holder for the World Cup. National daily Indian Express, quoting sources, has reported that Star India had asked for a syndication fee of ₹ 2 lakh per match, whereas Prasar Bharati was offering only ₹ 25 thousand per game (₹ 7.5 lakh for 15 games).

“We don’t have any access to the rights,” Indian Express has reported Prasar Bharati CEO Shashi Shekhar Vempati as saying. Vempati had reportedly clarified that the public broadcaster takes into consideration the cost of the media rights and revenue potential of the property.

“In cases where the cost of the acquisition that are proposed by the rights-holder is high, and we don’t see as much revenue potential the event is not broadcast,” Vemati is quoted as saying. He also declined any possibility of LIVE commentary of the remaining games. “Even if, let’s say, the cost comes to an accessible level , it’s probably too late, time is short, we may not realise the revenue,” he stated.

The paper, quoting high-ranking sources in Prasar Bharati, has reported that delay in negotiation process has resulted in the failure to arrive at a deal. Further, the lack of “content” people at decision-making level in Prasar Bharati is another factor that the broadcast property is no valued appropriately. The content professionals can create value-added opportunities with special shows and segments to ensure better revenues on media rights investments.

“At the top level of decision making there is no content creator,” a source told the paper and added that since December 2017, sports along with a few other divisions of the AIR are being directly handled by the Prasar Bharati secretariat.

The Sports Broadcasting Signals (Mandatory Sharing with Prasar Bharati) Act of 2007, which makes it mandatory for the sports media rights holders to share the signals of the sports events of national importance with the national broadcaster, applies only to the Doordarshan.

However, as the private media rights owner is not allowed to broadcast audio feed there are no signals available for the AIR.