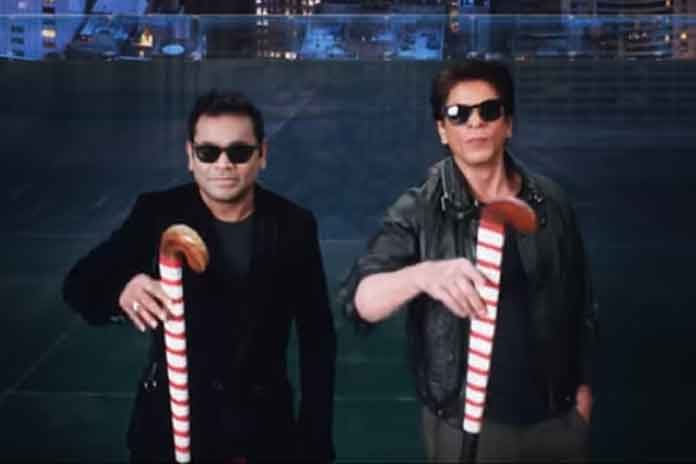 When it comes to Sports, Odisha does the best. The rule for excellence in sports promotion is applying in letter and spirit to the Hockey World Cup 2018, scheduled in Bhubaneswar from November 29.

The organisers of the Hockey World Cup 2018 in Orissa are celebrating each moment in run up to the coveted event in style with the celebration getting bigger by the day. The latest in that order is the official anthem of the World Cup. The Odisha Government, in charge for hosting the event in a manner never before, released the teaser of the official anthem, featuring music composer AR Rahman and Bollywood’s King Khan, Sharukh Khan.

The 46- second video showcases Indian hockey stars in the backdrop of the cultural highlights of the State of Odisha. Oscar-winning music composer Rahman is scheduled to feature at the grand opening ceremony of the tournament along with other Bollywood stars on November 27th at the Kalinga Stadium in Bhubaneswar.

“The state is trying to present its tourism potential before the world through this mega sports event. With this aim, the Hockey World Cup has been publicised in different countries in advance,” says State sports secretary Vishal Dev, who is also the Odisha tourism secretary.

Odisha expects an additional 50,000-1,00,000 tourists this season because of the tournament. No wonder, all hotels rooms in the twin cities of Bhubaneswar and Cuttack, and Puri, have been booked. The state government has introduced 300 buses for the three cities, which the chief minister inaugurated at Bhubaneswar. The capacity of the Kalinga stadium has also been increased from 9000 to 15000 especially for the tournament.

The hosts India, led by Manpreet Singh, begin their Pool C campaign the same day against South Africa. The other teams in India’s pool are Belgium and Canada. The tournament will witness 16 top teams battle for supremacy in front of the hockey-crazy spectators at the iconic Kalinga Stadium. The finals of the tournament will be played on December 16th.