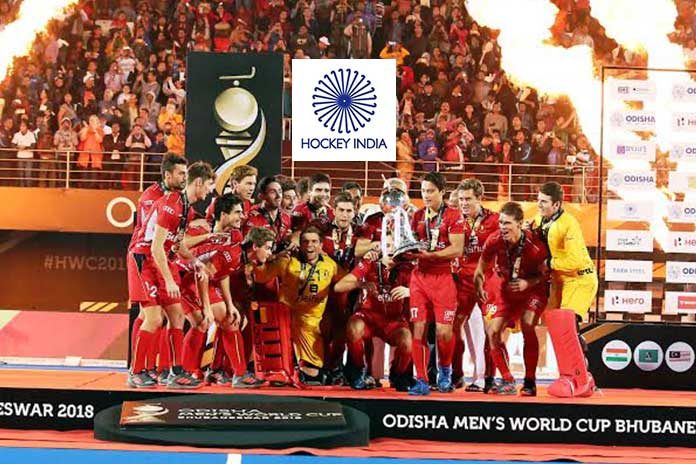 It will be a record fourth time since its inception in 1971 that the FIH Men’s Hockey World Cup will be staged in the country where the hockey enjoys the sentimental status of the national sports.

Hockey India had been among three nations to have submitted a bid to host the 2022-2023 Men’s Hockey World Cup. Winning this bid holds great significance as also being in the year which will see India complete 75 years of independence and also looking to win the coveted title after the last win in 1975. Hockey buffs around the country will have the opportunity to witness their national sport, and also celebrate the platinum jubilee of independence watching their favorite players in action, Hockey India has stated in a Press release.

The FIH Executive Board announced their decision in Lausanne, Switzerland today (Friday) after the FIH Task Force thoroughly examined all bids and made a recommendation to the Executive Board (EB) on Wednesday. India has preferred the window to host the 2023 Men’s Hockey World Cup is between 13 January 2023 to 29 January 2023.

The country will be completing 75 years of independence in 2023, and the host federation Hockey India did not want to miss out on the opportunity to showcase the growth of the sport in the country in this landmark year. Along with the 2018 edition of the Men’s World Cup, India has also hosted some of the biggest hockey events in recent times including the FIH Champions Trophy in 2014, FIH Junior Men’s World Cup in 2016, FIH Hockey World League Final in 2017, FIH Men’s Series Finals in 2019 and the recently concluded FIH Hockey Olympic Qualifiers Odisha. Smooth conduct, world-class facilities, and the success of these tournaments have therefore made India one of the major centers for hockey in the world.

It’s yet to sink in that we have qualified: Hockey team skipper Rani

Hockey India President Mohd. Mushtaque Ahmad expressed his delight at the announcement by FIH. He said, “We are all very delighted to have won the bid to host the 2023 Men’s Hockey World Cup. When we had made the bid, we wanted to give our country another reason to celebrate 75 years of independence adding to that the fact that our last win was registered in 1975. And what better way to celebrate than to witness a pinnacle global event of our national sport on our soil. After having hosted the 14th edition of the Men’s Hockey World Cup in 2018 which was recognized as one of the best hockey events ever, we were confident that we can host another Men’s Hockey World Cup, and we are all very delighted on the prospects of hosting the top hockey-playing nations in India. We have the opportunity to use last year’s experience to organize an even better Men’s Hockey World Cup in 2023.”