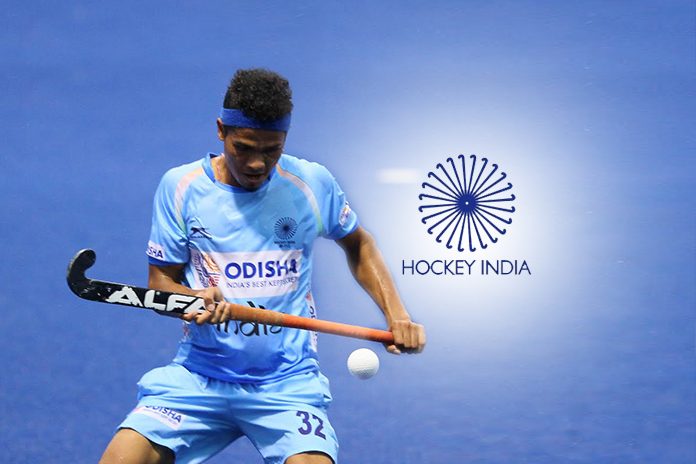 Hockey India on Friday named the 34-member core probable list for the upcoming Indian Junior Men’s Hockey National Camp to begin in Sports Authority of India, Bengaluru Campus on 11 November. The players will report to Coach Jude Felix for the four-week camp that concludes on 15 December 2018.

The list includes players from the Indian Junior Men team that participated in the recent Sultan of Johor Cup in October where the Team won the Silver Medal. The India colts showed zeal in the tournament in Malaysia where they beat the hosts 2-1, New Zealand 7-1, Japan 1-0, Australia 5-4 and narrowly lost to Great Britain 3-2 in the round robin as well as the Final.

“It is rewarding for some of these players to have received a call up for the ongoing senior camp in Bhubaneswar and I am sure it will benefit them and give them good exposure. Most of these players have been in the Junior Core group over the past 15 months and have shown great progress. We did well at the Sultan of Johor Cup having beaten defending Champions Australia, Malaysia, New Zealand among other strong teams. Those players who are currently with the senior team will return from Bhubaneswar on 23 November and join the junior camp here. We will continue to focus on fitness and improving our overall performance during the five-week camp,” stated Coach Jude Felix.