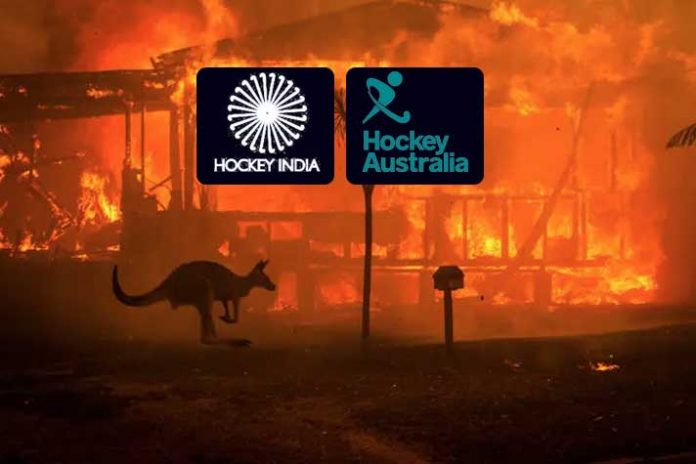 Hockey India has joined the initiative of their Australian counterparts to raise funds for the victims of the bushfires Down Under.

The Indian national governing body for the sport has contributed by way of sharing autographed jerseys and $ 25,000 with the Australian hockey body, which will put the jerseys at the auction and proceeds will be passed on to the Red Cross.

“The signed India team jerseys will soon be included on our auction platform and there is no doubt that the generous support of $25,000 towards the Red Cross Bushfire Appeal will be very well received,” the letter reads further.

“These fires are unprecedented in our history and have impacted so many areas of our country and touched the lives of many people. However, we are confident that those areas that have been most effected will recover in time.”

The ongoing bushfires Down Under have affected 46,030,000 acres of land, destroying over 2600 homes, killing more than 30 people and around 100 crore animals, including frogs, fish, and insects.