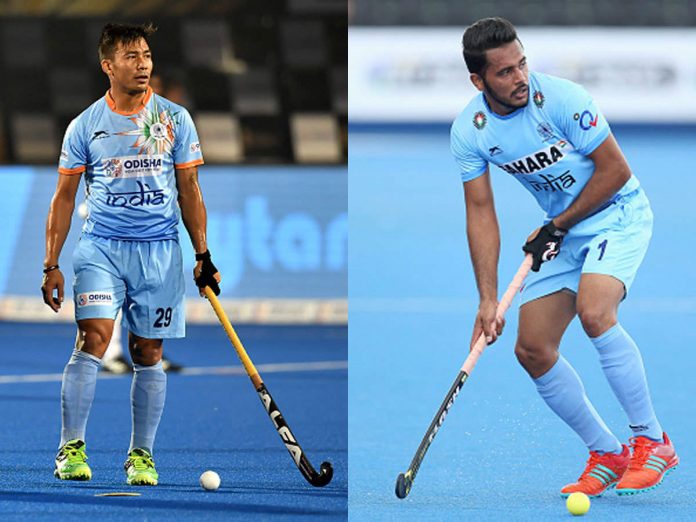 Rabichandra, who has played 31 matches for the junior team since making his debut in 2017, said that Chinglensana has been a huge inspiration for aspiring hockey players in Manipur.

“It has been great to see the way hockey has grown in Manipur over the years with Chinglensana leading the way among the mid-fielders. He has played over 200 games for India and he has motivated many youngsters to take up the sport in our state,” Rabichandra said.

“I watch his game closely and hope to emulate his success one day. Kothajit Singh Khadangbam has also attained a lot of experience in the international circuit. We are grateful to have such role models,” the mid-fielder added.

Rabichandra, who has been a part of the silver-medal winning campaigns at the 3rd Youth Olympic Games 2018 and Sultan of Johor Cup 2019, said that his only goal is to play a part in the Indian senior team’s success in the near future.

“I have done fairly well at the junior international circuit. However, my biggest dream is to perform well for the senior team,” he said.

“I have put up great performances in the last few years and I am sure my chance for the senior team will come at some point in the near future.

“I am going to continue working hard on my game in whichever way I can and hope that I get an opportunity sooner than later,” said the 18-year-old.

Dinachandra said that Harmanpreet is the biggest inspiration for aspiring defenders in the country.

“It’s absolutely brilliant to see the way Harmanpreet plays his game. He has been part of many remarkable victories for India and is the biggest inspiration for defenders in our country.

“He is calm and composed in pressure situations and that is something I would like to borrow for my own game. We are very fortunate to have someone like Harmanpreet in our senior team,” said Dinachandra.

The defender added he is still finding his feet in the junior circuit and that he would like to play as many international competitions as possible in the immediate future.

“I have only played at the Sultan of Johor Cup 2019 in my international junior career so far. I am certainly keen to play more matches at the junior circuit in the near future.

“I want to hone my skills and learn new techniques in the upcoming months. My dream is to play for India one day and I am working on my game each day with the ultimate goal of playing for my country,” said the 19-year-old.