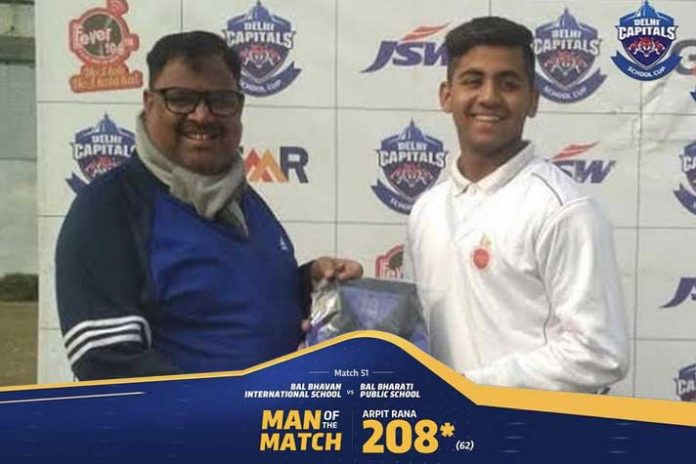 Over the years Indian Premier League Delhi franchise, the Delhi Capitals (erstwhile Delhi Daredevils) has organized the School Cup – a tournament for U-17 students from schools of the Delhi NCR.

This year marks the 7th edition of the School Cup which started on November 22. The tournament which is scheduled to go on for a little more than a month has reached its pre-quarterfinals stage. A total of 48 schools divided into 16 groups have competed in the league with the topper from each group has qualified for the knockouts.

The matches have been played across 15 venues. Winners and outstanding performers stand a chance to share the nets with players from the Delhi Capitals team during the IPL season 13, and even an opportunity to win a scholarship with the Delhi Capitals Academy. Modern School, Barakhamba are the reigning champions of the DC School Cup and have rightly hosted the inaugural match of this edition.

The students from various schools have grabbed the opportunity to showcase their talent and are performing exceedingly well. Schools like Kulachi Hansraj, Salwan Boys, Bal Bhavan International, St. Columba’s have already qualified for the last eight while the defending champions Modern School, Barakhamba are yet to play their pre-quarterfinals match.

In of the last-16 matches held at Bal Bhavan, Dwarka on December 24, hosts Bal Bhavan won the toss and elected to bat first. Nobody knew that the day would end up being a historic day in the history of Cricket. Bal Bhavan International School scored a massive score of 406 runs in their quota of 20 overs with the loss of 2 wickets. Opener Arpit Rana broke all the T20 records on his way to scoring a double-century. He amassed 208 not out in just 62 deliveries which included 20 sixes. His opening partner Dev Lakra scored 93 off 35 balls and Yash Dhull scored 70 off 21. Arpit not just scored a double-ton in T20 but he also carried his bat through the innings.

Bal Bharati Public School could not even manage to get past the score of Arpit alone and ended up with a score of 153 for 9 in their 20 overs. They lost the match by 253 runs and crashed out of the tournament while Bal Bhavan International School rocked past in the top-8 and announced that they are one of the contenders for this year’s DC School Cup. Rightly so, Arpit Rana was declared Man of the Match for his outstanding knock of 208 runs.

Full Scorecard of the match is as follows: 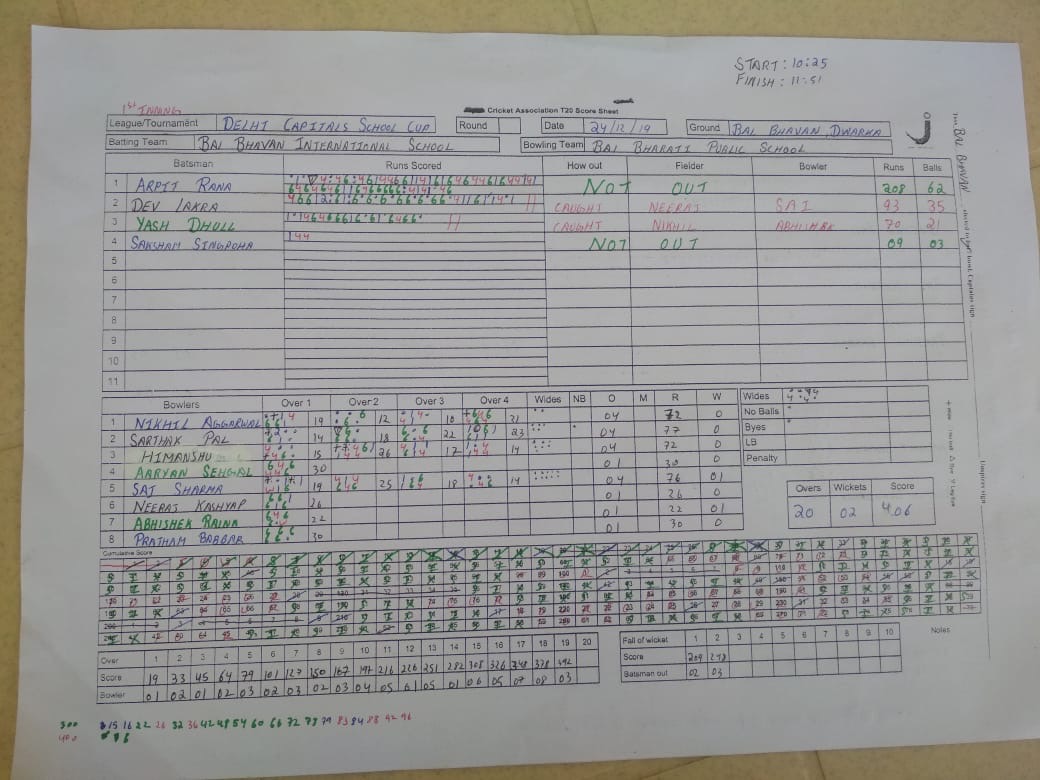 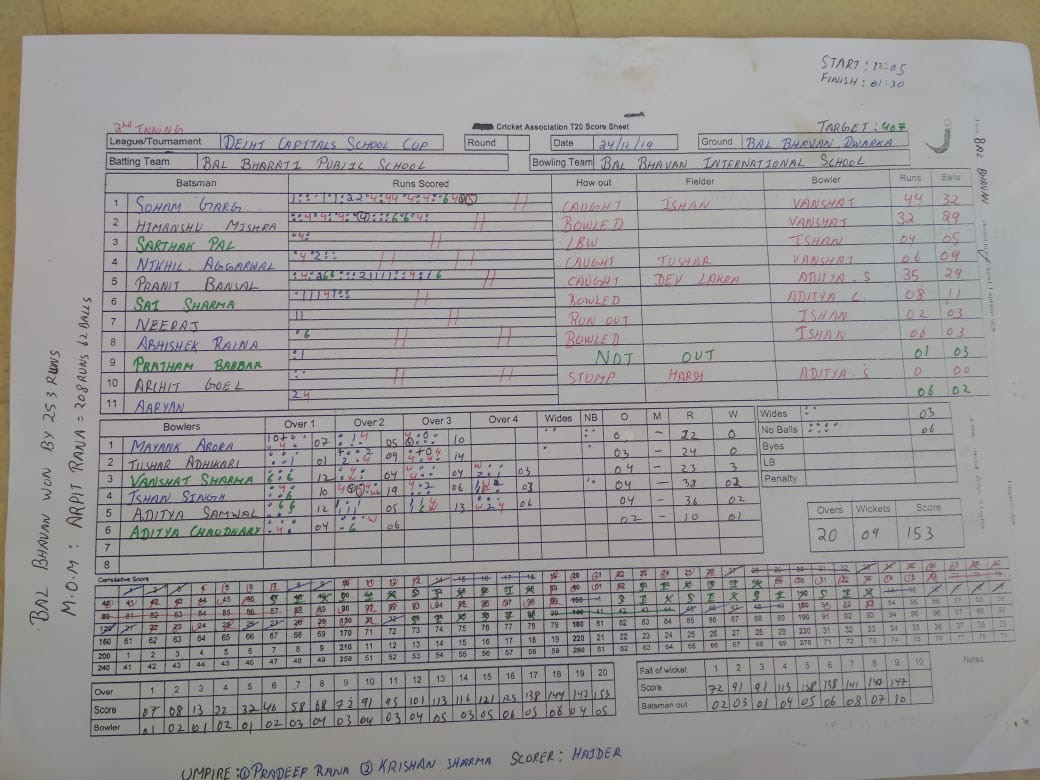