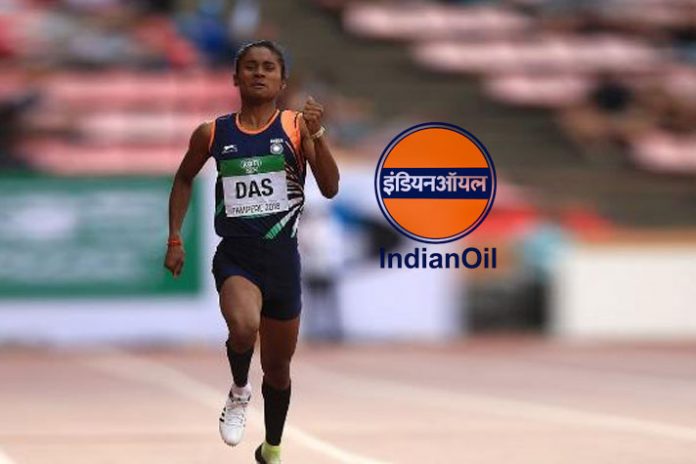 Star sprinter Hima Das has joined PSU major Indian Oil Corp as an officer and will be provided various benefits in supporting her talent, the company announced Monday.

“The company is privileged to have Hima Das as one of the IndianOil family members and it’s a mutually win-win situation for both IndianOil and the Dhing Express (as she is known popularly).

“While her future laurels will add value to IndianOil’s image, IndianOil will be providing the salary and other facilities as befitting an officer to her,” the company said in a statement.

He said that as per the core values of IOC, the company is actively into promotion of sports and sportspersons.

“The Corporation provides 250 scholarships for budding sportspersons and has a policy for employing established sportspersons under sports job quota in 16 different sports,” Bhattacharyya said.

Das, who had won three medals, including gold in 4x400m women’s relay at the last Asian Games and a historic gold medal at the U-20 World Championship in Finland, was among the 20 recipients of the prestigious Arjuna award this year.

Bhattacharyya assured Das that she will be able to concentrate fully on her athletic career.

“All the associated costs of travelling to various locations for attending national and international track and field competitions are completely provided for by Indian Oil,” he added.