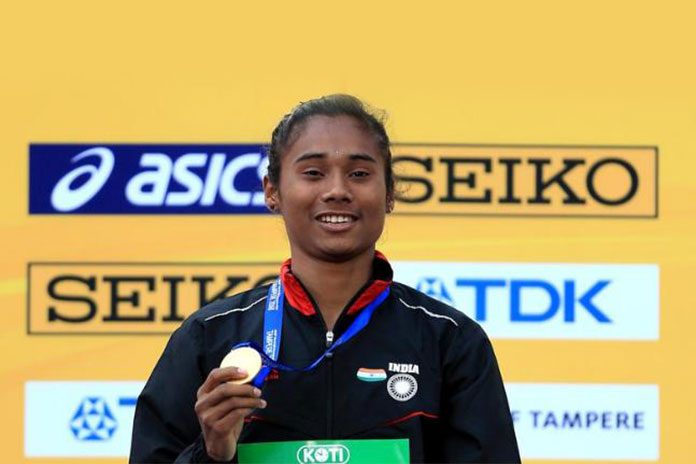 Assam Government has announced the young athlete sensation Hima Das as the State’s brand ambassador for sports. Chief Minister Sarbananda Sonowal has today said that it will organise a State level felicitation ceremony to honour her prolific achievements.

Sonowal has also announced that a cash reward will be given to Hima Das for bringing laurels to the state by winning India’s first ever track gold at a global event. Das won Gold in 400-metre final at the IAAF World U20 Championships in Tampere, Finland.

The Minister has said in a statement that the Assamese youngster has achieved a rare feat by becoming the first Indian athlete to win gold in such a prestigious track event.

In order to inspire the budding players of the state to aim big and the young generation to take up sports seriously, Hima will also be made the state’s brand ambassador for sports, Sonowal announced.