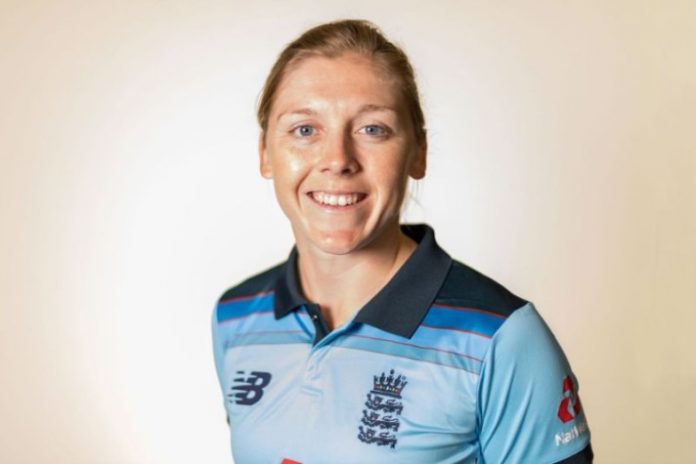 England captain Heather Knight on Thursday called for a rule change after a rained-out semifinal clash against India knocked them out of the ICC Women’s T20 World Cup.

India entered the final by virtue of topping their group in the round-robin stage of the tournament while England were ousted as they had finished second in their pool.

ICC regulations dictate that in the event of a semi-final washout, the winners of each group automatically go through to the final in Melbourne on Sunday. The world body had earlier declined Cricket Australia’s request for a reserve day.

“They’re the rules that everyone signed up to,” Knight said of the absence of a reserve day.

“You’d hope now that there has been this situation and the game tonight is potentially going to be rained off as well, so you’d hope now there is going to be a rule change and moving forward, no other team will have to experience going out of a World Cup purely because of rain,” she said after the abandonment of the game.

“Hopefully it changes,” she added.

Persistent rain since morning delayed the toss and eventually the semifinal was called off without a ball being bowled, taking the Indians into the summit clash and leaving England players in tears.

“It’s gutting. you put in a lot of hard work. There’s not a lot we can do about it..we’re just going to have to rue that first game and try to move on but it’s going to be a bitter pill to swallow for a few of us now.”

Disappointment was writ large on the faces of England players as their campaign ended without them getting a chance to take the field.

Their opening-game loss against South Africa ultimately proved vital as they finished second in the group.

Knight also believed that the tournament was great for the women’s game overall.

“It’s sad for the tournament. You’ve got four really good teams competing, hoping to play some really good cricket. That’s taken away from us but I’m sure the final will be a great event,” Knight said.

“It’ll be great day and game for the sport. I’ll be there as a fan. It has been a brilliant tournament, which has made it even more of a shame that we lost today.

“Today is disappointing but it won’t take too much shine off where the sport has gone and you see if the money is put into publicising it that people do want to come and watch.”