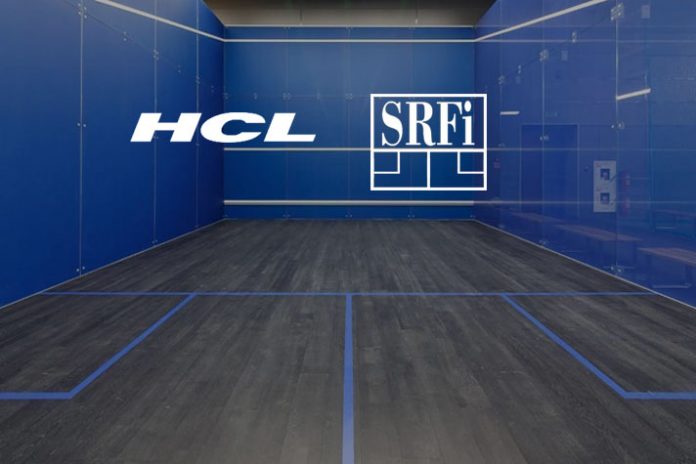 HCL, the multinational information technology service and consulting company, has announced the launch of the Squash Podium Programme in partnership with the Squash Rackets Federation of India (SRFI) to significantly improve the squash ecosystem in the country.

The multi-pronged program will focus on driving a 360-degree overhaul in Indian Squash by improving both player (senior and junior) and coaching standards and enhancing the overall prominence of the sport in the country.

Speaking on the development, SRFI President Debendranath Sarangi said: “Indian Squash has grabbed a lot of attention in the recent years with players like Joshna Chinappa and Saurav Ghoshal securing important international wins for the country. However, there are only three Indian players in Top 50 PSA rankings in the world today (including Joshna and Saurav). To ensure that Indian Squash not only continues its success but emerges at the top, it is important that the next rung of players get the right exposure both in terms of quality of tournaments as well as coaching.”

“With HCL, we have found common synergies in terms of our goals for Indian Squash. I am confident that through our combined efforts we will enable India take its rightful place in the pantheon of great squash playing nations,” he added.

As part of this initiative, HCL and SRFI will also host the HCL Indian Tour – a Professional Squash Association (PSA) multi-city circuit in the country, giving the Indian players an opportunity to compete against the world’s best on their home turf.