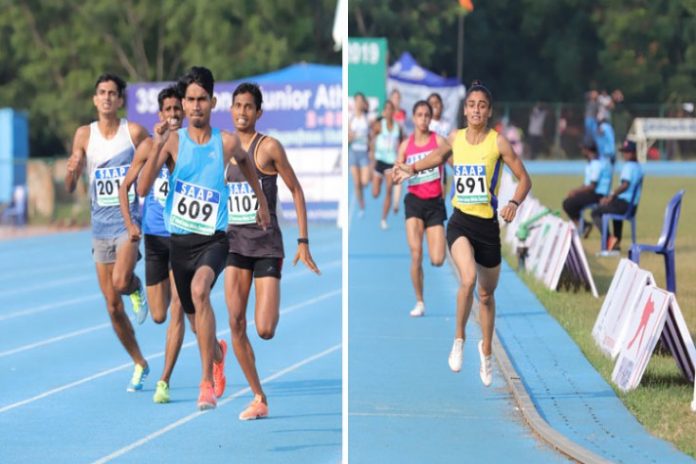 Haryana’s Rachna marked her shift from being a single-lapper to 800m with a memorable victory in the 35th National Junior Athletic Championships, breaking Tintu Luka’s 11-year-old under-20 meet record with a 2:06.12 effort at Guntur on Tuesday.

Parvej Khan tackled the two-lap event with confidence and poise, his time of 1:54.78 improving upon Biren Gogoi’s record of 1:55.70 set 28 years ago in Cuttack. He was helped, of course, by the enormous pressure that Madhya Pradesh’s Shyam Milan Bind and Uttarakhand’s Suraj Yadav exerted on him.

In the girls’ 3000m Race Walk, Reshma Patel improved upon A Kumari’s record of 14:28.10 set in Muzzaafarpur in 1990 by clocking 14:14.83. She did not face much competition, but she drew inspiration from her state-mate Roji Patel’s victory in the girls under-20 10000m Race Walk earlier in the day.

Read More: Delhi Half Marathon ropes in Olympic champion as a global ambassador