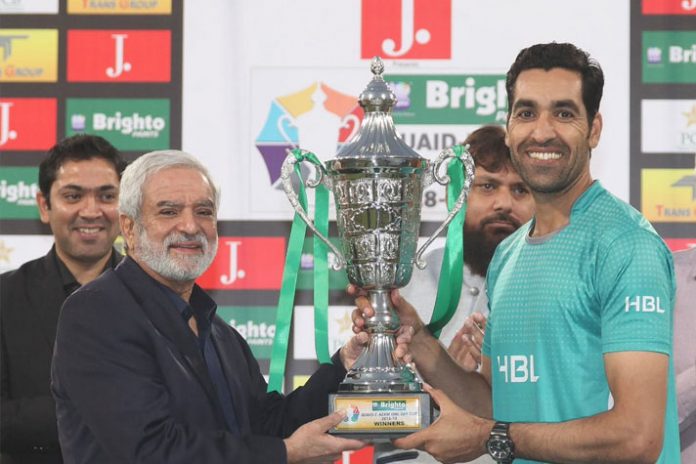 Pakistan Cricket has lost its biggest backer of the domestic cricket, the Habib Bank Limited (HBL). A regular feature in the Pakistan’s domestic first class cricket – Quaid-e-Azam Trophy – for 43 years, the Habib Bank team has been scrapped.

According to the report published in The News, HBL has already abolished its football, hockey, table tennis, volleyball and badminton teams in 2016. Cricket is the latest casualty. The bank has not to renewed contracts of its cricketers after March 31.

Habib Bank’s sports division was set up in the early 1970s and its cricket team was formed in 1975. Since then, HBL did not miss a single season of domestic cricket.

However, this decision is not linked to recent moves to remove departmental cricket from the domestic structure, according to an HBL spokesperson. He confirmed that though the cricket team will stop existing, ironically the bank will continue to invest in PSL, the current deal is pegged at over $ 12 million.

“To continue to invest in PSL, and in the larger interest of cricket in Pakistan, HBL will redeploy its valuable resources from other avenues. HBL’s title sponsorship of the PSL reflects our passion for the development of youth and the discovery of cricketing talent,”the bank spokesperson said. “The PSL has given an opportunity to countless young cricketers to display their talent at a national and international level.”

Till the end of the last millennium, players were employed with the company, but after the privatisation of the bank in 2004, players were handed contracts, which were renewed ahead of every season. With the latest development, as many as 26 players and six support staffers have lost their contracts.

“HBL will look after the interests of its cricket team members in line with its policies,” a statement said. “It foresees a great future for cricket in Pakistan where PSL will remain a catalyst for bringing international cricket to Pakistan and enabling more matches to be played in the country.”

HBL’s move aligns well with the PCB’s in-principle decision to scrap departments from the first-class structure after prime minister Imran Khan decided to restructure Pakistan’s first-class cricket only on the basis of regional affiliations.