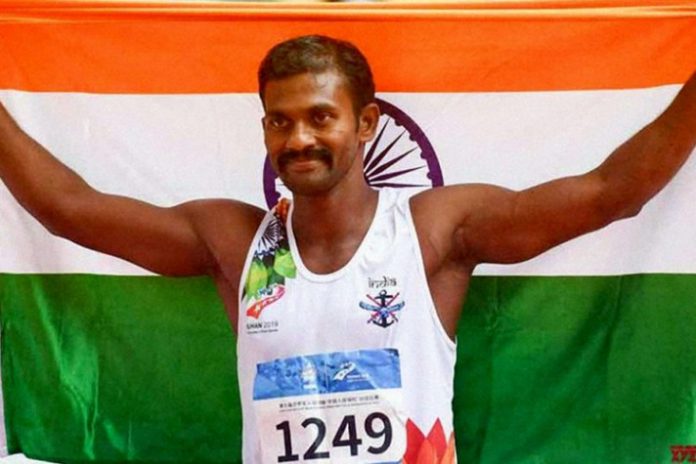 Para-athlete Anandan Gunasekaran clinched his third gold of the event, while javelin thrower Shivpal Singh bagged another yellow metal for the country as India continued their fine show at the ongoing 7th CISM World Military Games on Thursday.

Shivpal, 24, who hails from Chandauli village near Varanasi, increased India’s tally by clinching the gold in javelin throw with a best effort of 83.33m.

Poland’s Krukowski Marcin clinched the silver by hurling the spear to a distance of 78.17m, while the bronze went to Sri Lanka’s Ranasinghe Mudiyaneselage Sumedha Jagath (75.35m).

Shivpal had earlier won a silver medal in the Asian Championships in Doha in April this year with a personal best throw of 86.23m.

The gold in this event went to Ukraine’s Korostylov Pavlo, while China’s Yao Zhaonan won the bronze.

Aneesh Kumar Surendran Pillai and Virender are the other gold medal winners for India in men’s disabled shot put categories.

India have so far garnered seven medals from the Games, which includes six gold and one bronze.

The World Military Games are being held in China for the first time where over 10,000 athletes from more than 140 nations are participating across 27 disciplines.