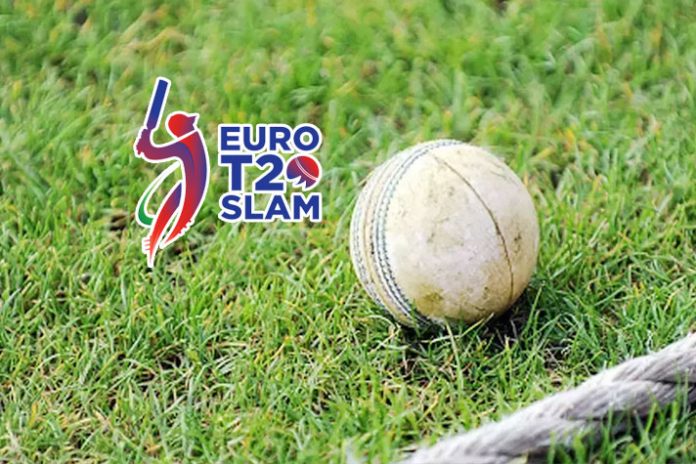 The inaugural edition of the Euro T20 Slam has been deferred by a year. The franchisee-based league scheduled to start from August 30 to September 22 in the Netherlands, Ireland and Scotland, will not take off this year.

The organisers of the Euro T20 Slam, the world’s first multinational T20 franchisee-based tournament, have confirmed the inaugural staging of the event will be postponed until 2020.

“We want to ensure that the inaugural staging of the Euro T20 Slam provides the best springboard to making this a truly flagship event on the global cricket calendar. As such, we believe the right course of action is to postpone the Slam to a further date. This will give us the necessary breathing space to ensure we are ready to go.”

“We will work with the three cricket boards, our principal investors, the franchise owners, players and other stakeholders within the game to ensure we fulfil any commitments we have made to the extent possible. We want to ensure the goodwill and integrity that we have built up rolls on into 2020.”

Warren Deutrom, Chief Executive of Cricket Ireland, said: “We are deeply disappointed with the decision, however, fully empathise with the rationale that has led to the tournament’s postponement. The excitement and energy that the Euro T20 Slam had generated since it was announced has demonstrated a high level of interest amongst the Irish public in seeing world-class cricket hosted here in Ireland. We hope that the interest will carry on until 2020 when the Slam will finally get underway.”

“We would like to acknowledge the enormous work that has gone into planning for the Slam behind the scenes – the clubs, the local councils, business partners and sponsors, and the many, many hours put in by staff in Cricket Ireland, Cricket Scotland and KNCB to support this undertaking. All of this groundwork is not in vain, as it will be the bedrock on which we support the event next year.”

“We will continue to engage with the event organisers to ensure all commitments are met to their fullest extent, including any receivables owing to Cricket Ireland itself. We will additionally be seeking increased comfort that the organisers will be able to avoid a repeat of this year’s challenges in future editions.”

“While this was a very difficult decision to make at this late stage, we believe that it is the right one and one which leaves us with a great opportunity to launch the Euro T20 Slam next year with its deserved noise level.”

“Cricket Scotland has no regrets about trying to find innovative ways to drive cricket forward, popularise the game, and attract more investment into the sport. Indeed, the interest shown in the Slam since its launch has proved to us here in Scotland that there is a huge appetite for this type of event and for Scottish sports fans to get to see international superstars playing with and against our home-grown talent.”

“We look forward greatly to working with our clubs, our fans, our players and our coaching staff to further leverage the excellent work done to date in preparation for the Slam.”

Betty Timmer, Chair of KNCB, said: “As said, it is extremely disappointing that the Euro T20 Slam is not going ahead in 2019. With the scheduled opening games only two weeks away the KNCB was looking forward to this exciting new event that would have brought cricket much closer to the Dutch fans.”

“The KNCB feels for everyone involved and for all the hard work that have put in by so many people in The Netherlands and the other countries. We give our full support and hope for a successful event next year.”