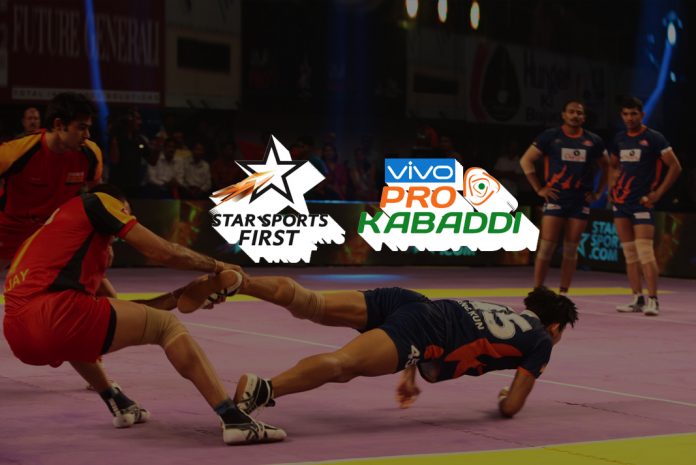 Star India’s free-to-air (FTA) sports channel Star Sports First makes it to the top position in sports in the very first week of its launch. The Pro Kabad

di season V being aired live on the FTA channel has helped Star Sports First to lead the sports genre in terms of impressions. 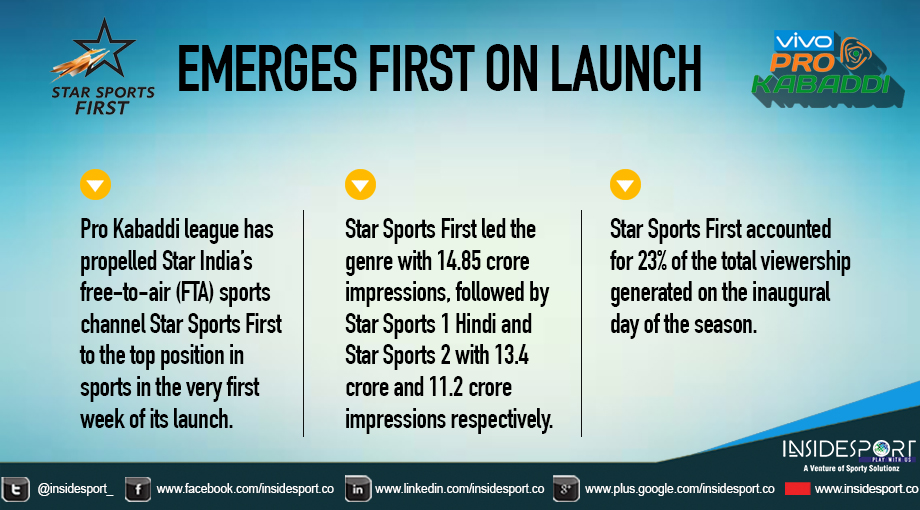 Meanwhile, VIVO Pro Kabaddi Season V continues to create records. The action on the opening day of Season V registered a cumulative reach of over 50 million, which is an unprecedented 59% jump over the TV viewership data on the Season 4 Day One data.

“I believe this is the first big year for sports beyond cricket (in India). The spectacular growth in viewership for kabaddi is a testament to this journey. It is heartening to see the response VIVO Pro Kabaddi has evoked from millions of fans across the country, cutting across geographies and demographics and I am truly overwhelmed by its success and rapid rise,” said Star India MD Sanjay Gupta.

The week 30 BARC (Broadcast Audience Research Council) data reveals that Karnataka has made a highly significant 137% contribution to the record growth in Season V viewership numbers. Among other markets, Andhra Pradesh has registered a 48% growth while viewers in Maharashtra grew by 22%.

The record spree for the PKL has started much before the dice was rolled for Season Five. With four new franchisees coming on board, PKL became country’s biggest sports league, featuring 12 teams, 130+ matches and action spread over 13 weeks. A Rs 300 crore, five-year sponsorship deal with Vivo was second only to cricket and like a national record for non-cricketing sports in India. The PKL for the first time has also surpassed an estimated Rs 120 revenue mark in terms of sponsorship.

Not only has the sport helped the broadcaster to expand it’s reach but the latter has also helped the sport reach to wider audience and make a mark for itself, being an indigenous sport.

With the introduction of Star Sports First and Star Sports 1 Tamil, a dedicated regional sports channel in India, Star Sports Network penetrated into the remote pockets of the country which has helped in contributing to a spike in the number kabaddi viewers.