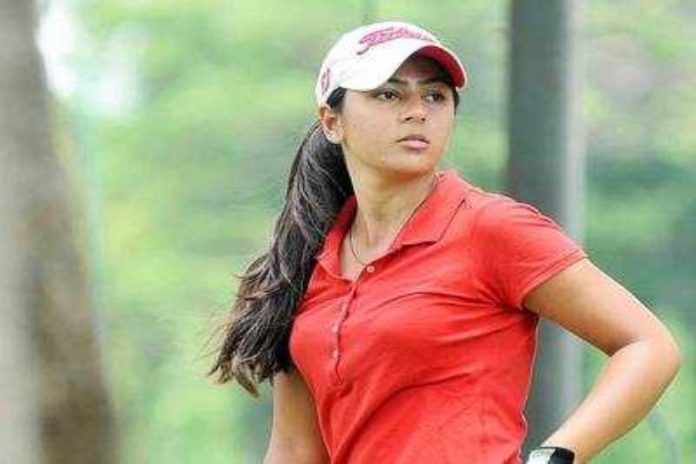 Indian golfer Tvesa Malik was lying Tied-17 at the end of the first round while her compatriot Diksha Dagar tumbled down after an early birdie at the VP Bank Swiss Ladies Open.

Tvesa, who has displayed steady form in recent weeks shot one-under 71 which placed her T-17 at Golfpark Holzhausern on Thursday.

In contrast, Diksha struggled continued despite starting with a birdie. She ended with a 15-over 87 that included six bogeys, three double bogeys and a quadruple bogey after the starting birdie.

Home-favourite Kim Metraux and Finland’s Sanna Nuutinen took a two-shot lead at the close of day one. Both started with scores of 66 (-6 in perfect scoring conditions at Golfpark Holzh usern.

Joining her at the top was the hard-working Finn Sanna Nuutinen, who triumphed at last week’s Flumserberg Open on the LET Access Series and finished third at the Tipsport Cech Ladies Open.

Tvesa continued with her liking for Par-3 as both her birdies came on them. She birdied the Par-3 fourth and Par-3 15th, while she dropped a shot on Par-4 13th.

“The Par-5s are a bit tricky so I played safe today. I did have a couple of other birdie chances but couldn’t get the putts to roll in,” said Tvesa.

“To be honest it was not my best hitting. Today I was a little off with my irons, so I need to go and work on that before I head back to my room.”

Once again Tvesa avoided using a caddie. She said, “I am using a trolley this week”. Many players are doing likewise.

Tvesa is coming off results of T-20 at Czech Ladies Open and T-4 at the Flumserberg Ladies Open.

Coming home in a magnificent 30 shots (-7) to card an opening 66, Nuutinen’s score is her seventh consecutive under-par round.

Sitting in solo third at four-under par, finishing just before the sun set is Spain’s Marta Sanz Barrio, who was unable to play a practice round due to the five-day restriction imposed on Spanish players travelling into Switzerland.

Playing in front of crowds for the first time since lockdown restrictions were lifted, Kim showed no sign of nerves, starting steadily with seven pars before making birdies at the par three 8th hole and the par five 10th.

Kim is one of ten Swiss players in the 126-player field and had more of a crowd puller than others.