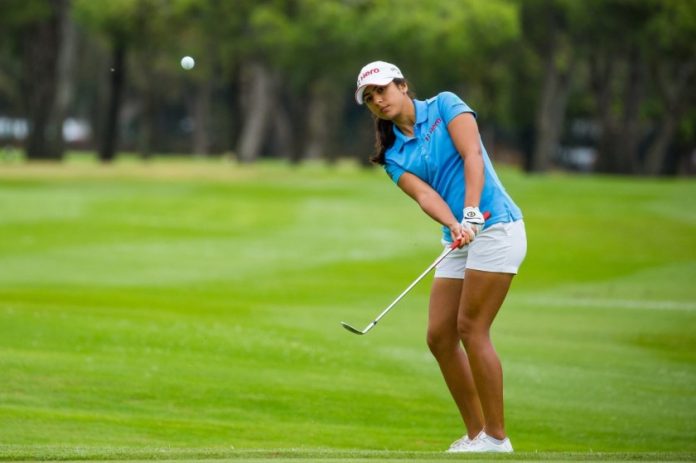 Indian golfer Tvesa Malik shot an opening round of one-under 70 in blistering hot conditions in the Open De France to be Tied-seventh on the tough par-71 Chateaux Course.

Malik opened with a birdie but gave away back-to-back bogeys on third and fourth. She fought back superbly with a trio of birdies on seventh, eighth and ninth to turn in two-under 34 on Thursday.

On the back nine she was very steady with eight pars and her only dropped shot was on the Par-3 12th. She was T-11 when she finished but by the time the 78-player finished in difficult scoring conditions, she had moved up to T-7.

She is now two shots behind the trio of leaders, English players Charlotte Thompson and Gabriella Cowley and local amateur and debutant Lucie Malchirand, who fired opening rounds of 68 (-3) each to share the lead.

Things however were miserable for Diksha Dagar, who had a horrendous round of 18-over 89. Her last three rounds have now been in the 80s, including 87-80 in Switzerland.

Dagar ironically started with a birdie, but then had six bogeys, two doubles and three triple bogeys.

Malik, who missed the cut in Switzerland last week, is in her full season in Europe. She was T-20 in Czech Ladies and T-4 at the Flumserberg Ladies Open on LET Access Series.

The conditions were such that only 17 of the 78 players broke par. The 36-hole cut will fall at the end of round two, with 36 players proceeding to the final round.