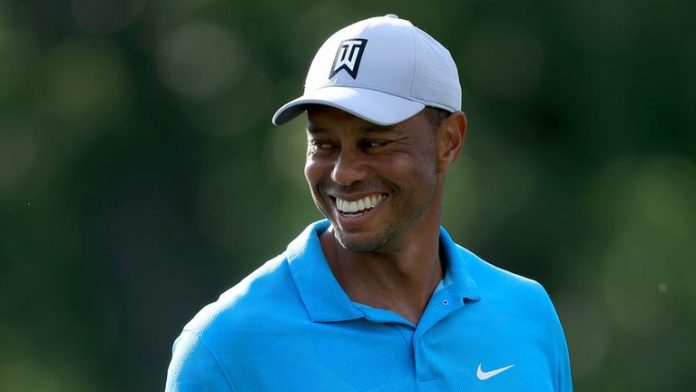 Tiger Woods is preparing for a journey into the unknown as he heads into this week’s PGA Championship hunting for a 16th major championship against the surreal backdrop of a deserted course at TPC Harding Park.

Throughout his career, the 44-year-old former world number one has become accustomed to roaring galleries following his every shot, providing a jolt of energy that Woods has fed off time and again.

Yet this week’s PGA Championship in San Francisco will be different. Restrictions imposed due to COVID-19 mean that the first major of 2020 will be a fan-free, muted affair.
Woods got an early taste of his changed environment on Tuesday during a media briefing. Where in the past a scrum of reporters would have attended, on Tuesday only a handful of journalists were present.

“Well, that’s an unknown,” Woods said when asked about how the absence of fans might affect his chances.”I don’t know if anyone in our generation has ever played without fans in a major championship. It’s going to be very different.

“But it’s still a major championship. It’s still the best players in the world. We all understand that going into it, so there’s going to be plenty of energy from the competitive side.”But as far as the energy outside the ropes, that is an unknown. And hopefully I can put myself in a position where I can be in that position where I can feel what it feels like to have no fans and also coming down the stretch with a chance to win.”

Woods’ former caddie, New Zealander Steve Williams, is among those who believe that the lack of fans might prove to be a hindrance.

“With that element missing, for someone who hasn’t played a lot of tournament golf this year, it’ll be challenging for Tiger to find that spark he needs,” Williams said this week.

Woods experienced new fan-less reality at the Memorial Tournament last month, at Muirfield Village, in Dublin, Ohio. He finished tied for 40th. “Those four days at Muirfield were a bit different,” Woods said. “It reminded me of sometimes on the weekend, you’d tee off Saturday morning and you’d just barely make the cut and you’re
first off and there’s no one out there. “But generally by the time you make the back nine, there’s thousands of people out there on the golf course waiting for the
leaders to tee of But that never happened. So that’s the new world we live in. We just have to get used to it.”

Woods meanwhile has one eye on this week’s weather forecast in San Francisco, with the former world number one’s lower back notoriously vulnerable to the cooler temperatures expected.

“When it’s cooler like this, it’s just making sure that my core stays warm, layering up properly,” said Woods.”I know I won’t have the same range of motion as I would back home in Florida where it’s 95 every day. That’s just the way it is.”
Woods, who underwent spinal fusion surgery to rescue his career, said he had spent most of his downtime during the pandemic practising at home.

“I feel good,” he said. “Obviously I haven’t played much competitively, but I’ve been playing a lot at home.”Just trying to get my way back into this part of the season. This is what I’ve been gearing up for. We’ve got a lot of big events starting from here, so looking forward to it. This is going to be a fun test for all of us.”