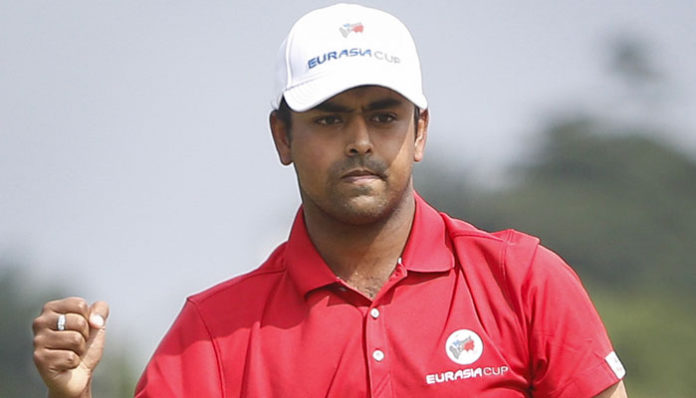 His confidence on a high after tied 36th finish in the season-opening Safeway Open, Indian golfer Anirban Lahiri will look to continue his momentum when he makes his debut at the Corales Puntacana Resort & Club Championship starting here on Thursday.

The 33-year-old, who has been battling indifferent form in the last two years, enjoyed his best result on the PGA Tour in nearly 18 months when he signed off tied 36th at Safeway Open two weeks ago. His last best finish was a T30 at the Valspar Championship in March last year.

“The game feels really good at the moment. Safeway was a good confidence booster as after the bad start, I was able to finish strong which felt great,” said Lahiri.

Lahiri will be in familiar company when he tees up in the PGA TOUR tournament as countryman Arjun Atwal will be in the same group for the opening two rounds.

At the Safeway Open, the Indian opened the tournament with a lacklustre 74 but subsequently added rounds of 65, 67 and 70 to ensure a solid start to his sixth season on the PGA TOUR.

Lahiri, a former two-time Presidents Cup International team member, spent his downtime at home during golf’s shutdown due to the coronavirus pandemic by dismantling his golf swing and rebuilding it from scratch with coach Vijay Divecha.

A first trip to Corales Golf Club, which is an idyllic setting with six holes that run along the Caribbean Ocean, is offering Lahiri plenty of fresh optimism of another good week as he seeks to regain his best form on the PGA TOUR.

“The golf course here reminds me of my days on the Asian Tour. Similar grasses and temperatures and conditions to what I played for years back home,” said Lahiri, who holds 10 career top-10s from 120 starts on the PGA TOUR to date.

“Definitely a feeling of familiarity even though it’s my first time here.”

Atwal, India’s first winner on the PGA TOUR with his success at the 2010 Wyndham Championship, will also look to start the new season on a strong note.

The 47-year-old featured in 12 tournaments on the TOUR last season, making the cut in five events including three of his last four starts.

He is looking forward to a fruitful week, especially in the company of Lahiri.