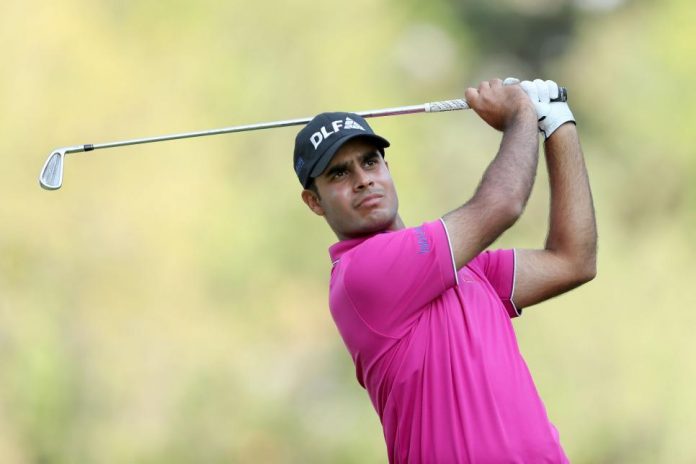 Indian golfer Shiv Kapur will return to action for the first time since early March when he tees up at the ISPS HANDA Wales Open, starting at The Celtic Manor Resort on Thursday.

Also playing the event is Shubhankar Sharma, who after missing weekend action at the Hero Open and the English Championship did make the cut at Celtic Classic last week but finished a lowly T-63.

“I feel like a new kid in school, joining the bubble late. Things are so different now with all the measures in place, but it feels great to be back. I feel like a rookie starting all over again,” Kapur said.

This week will also give players a final shot at qualifying for the US Open as 335 points are available for the winner and only five players have a total more than that after four legs of the UK Swing.

The race for a spot in the US Open will come to conclusion this week, with the top ten aggregate points earners in the UK Swing mini Order of Merit.

The US Open is scheduled at Winged Foot Golf Club from September 17-20.

Kapur, who is based in Dubai but has a residence in India, where his parents live, was in India during most of the early lockdown. But he left for Dubai once flights resumed. He trained there with his coach and last week flew to UK when he got a place into the Wales Open.

Sharma tees off alongside Jbe Kruger and Emilio Cuartero Blanco of Spain in the morning at 7.22 am, while Kapur tees off in the afternoon at 12.40 pm with James Morrison and Matthew Baldwin.

Kapur is keen on making this invitation count as he does not have a confirmed spot next week at the UK Championship. A Top-10 finish this week could fetch him that.

“Obviously it’s exciting to be back out here…this is what we all work for to be able to compete and get back into competition mode…it’s excitement and nerves at the same time.

“Hats off to the European tour for the extensive measures they have taken and the organisation and safety standards are incredible. I would like to say a big thank you to Hero Moto Corp and the European tour for giving me the opportunity to compete again,” he said after getting an invite.

Sharma said, “The last few weeks have not panned out as I wanted, but the game has been there in patches. The birdies have been there, but I have dropped far too many.”

Meanwhile, Sam Horsfield will be chasing a third win in four events. The 23-year-old Englishman added to his Hero Open title at this venue last week by capturing the Celtic Classic.

Horsfield begins his bid for a hat-trick of UK Swing titles at 10.23 alongside compatriot Andrew Johnston and Italy’s Renata Paratore.