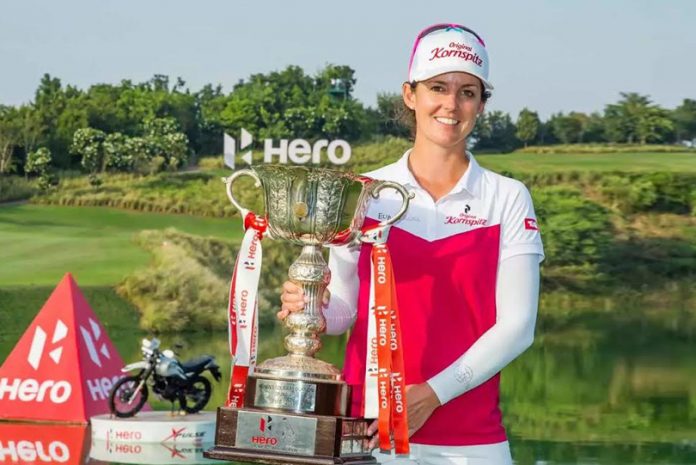 The Hero Women’s Indian Open golf tournament was on Tuesday cancelled in view of the COVID-19 pandemic.

The tournament, co-sanctioned by the Ladies European Tour in 2010, was scheduled for October. It will now return to the Gary Player Course at DLF Golf and Country Club in Gurugram in October next year.

The Ladies European Tour (LET) and Women’s Golf Association of India (WGAI) said “keeping the health and safety as top priority” such a decision became necessary.

“It was a very difficult decision, but the right one under the present circumstances of the ongoing pandemic. With no likelihood of any respite in the foreseeable future, safeguarding the health and well being of all players, officials and spectators is of paramount importance,” WGAI President Kavita Singh said.

“Together, with our sponsors, including DLF, Castrol and others, we hope to return next year with another stellar edition of the Hero Women’s Indian Open in October, 2021.”

Alexandra Armas, Chief Executive LET, said, “It is incredibly disappointing to miss a year of the Hero Women’s Indian Open, one of the biggest professional women’s golf events of the Tour. But we look forward to being back next year.”

The Hero Women’s Indian Open has been held every year since 2007.

DLF Golf and Country Club, Gurugram, has been the venue every year except in 2013 and 2014, when the course was undergoing a re-design.