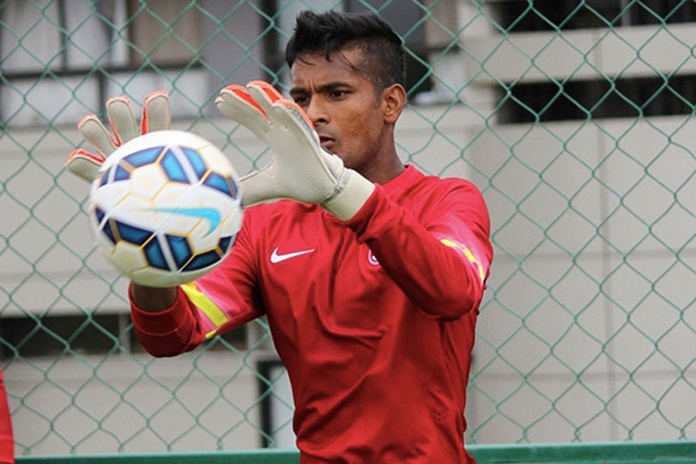 The 33-year-old Paul made 15 appearances in goal for Jamshedpur FC in ISL 2019-20 and will be hoping to make an impact between the posts for Hyderabad FC.

“The name Hyderabad will always remain synonymous with Indian football’s history. Over the years, it has produced so many international stars and the club’s quest to revive glory days has personally appealed to me a lot,” Paul said in an ISL release.

“Unfortunately, all these years we didn’t have a club from the city, and now that we have one, it didn’t take me long to decide on moving to Hyderabad FC and be a part of Indian football’s glory and history. Hyderabad’s love and passion for football is folklore and I look forward playing in front of these amazing supporters.”

Paul has played for India in 67 matches but is no longer in the scheme of things as far as the national team is concerned.

He said he is looking forward to the upcoming ISL season.

“Every season is a new one and we look forward to putting up a great show for Hyderabad. Coach Albert Roca is a seasoned campaigner and his inputs and coaching will surely help the club propel forward. I can assure that we will make every team sweat that extra bit when they play us,” he said.

“We will be starting from scratch and I have big personal targets set for myself and the club. Reviving glory days of the city’s footballing culture is one of the targets, as much as establishing Hyderabad FC as one of the best football clubs in the country,” Paul added.

One of the most experienced custodians in the league, who has been a part of all six ISL seasons, Paul will fight for a spot in Hyderabad’s starting XI with Laxmikant Kattimani, who recently signed a one-year contract extension with the club.

On his side’s new signing, Hyderabad head coach Albert Roca said, “Subrata is one of the most experienced players in the ISL and has played at the highest level in the country for over a decade.

“He’s among the best goalkeepers in the country and there’s no doubt that he will bring in quality into our squad along with his leadership which will help a lot of youngsters in our team. He has been an integral part of the national team setup over many years, so we’re very happy to have him on board.”

Paul is one of the few Indian players with European pedigree, having enjoyed a brief stint with Danish club Vestsjaelland. Part of the Mumbai City FC squad for the first two editions of ISL, he moved to NorthEast United FC in 2016 before spending the last three campaigns with Jamshedpur.

His six seasons in the ISL has seen him make 85 appearances for the three different clubs. During that time, he has kept 26 clean sheets and made 250 saves. He received ISL 2017-18’s Golden Glove award after keeping seven clean sheets in 18 matches.

An Arjuna award recipient, Paul has also enjoyed success with the Indian football team. He was a part of India’s title-winning sides that lifted the 2008 AFC Challenge Cup, the 2015 SAFF Championship as well as the Nehru Cup triumphs in 2012 and 2009.

He also became the only goalkeeper to win the All India Football Federation’s (AIFF) Player of the Year award in 2009.