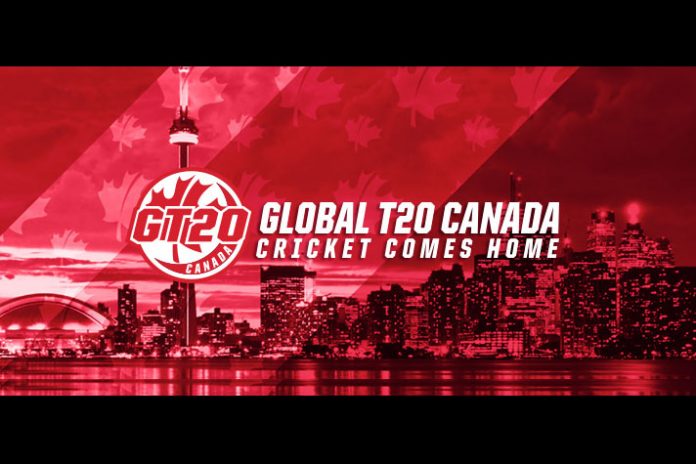 A matchup featuring West Indies stars and teammates Daren Sammy, Chris Gayle and Andre Russell will open the inaugural edition of Global T20 Canada as part of the schedule released on Tuesday for the first professional Twenty20 cricket league in North America.

Sammy’s Toronto Nationals will face Vancouver Knights with Chris Gayle and Andre Russell on June 28 in the first match of the 22-fixture schedule that will ultimately crown a champion on July 15 at Maple Leaf Cricket Club in King City, Ontario, just north of Toronto.

Other schedule highlights include Australian captain Steve Smith making his league debut in the opener with Toronto and squaring off against his countrymate David Warner and Winnipeg Hawks on July 2. Canada Day long weekend will provide fans with an opportunity to see all of the league’s marquee players with six matches over three days. The full schedule is below. 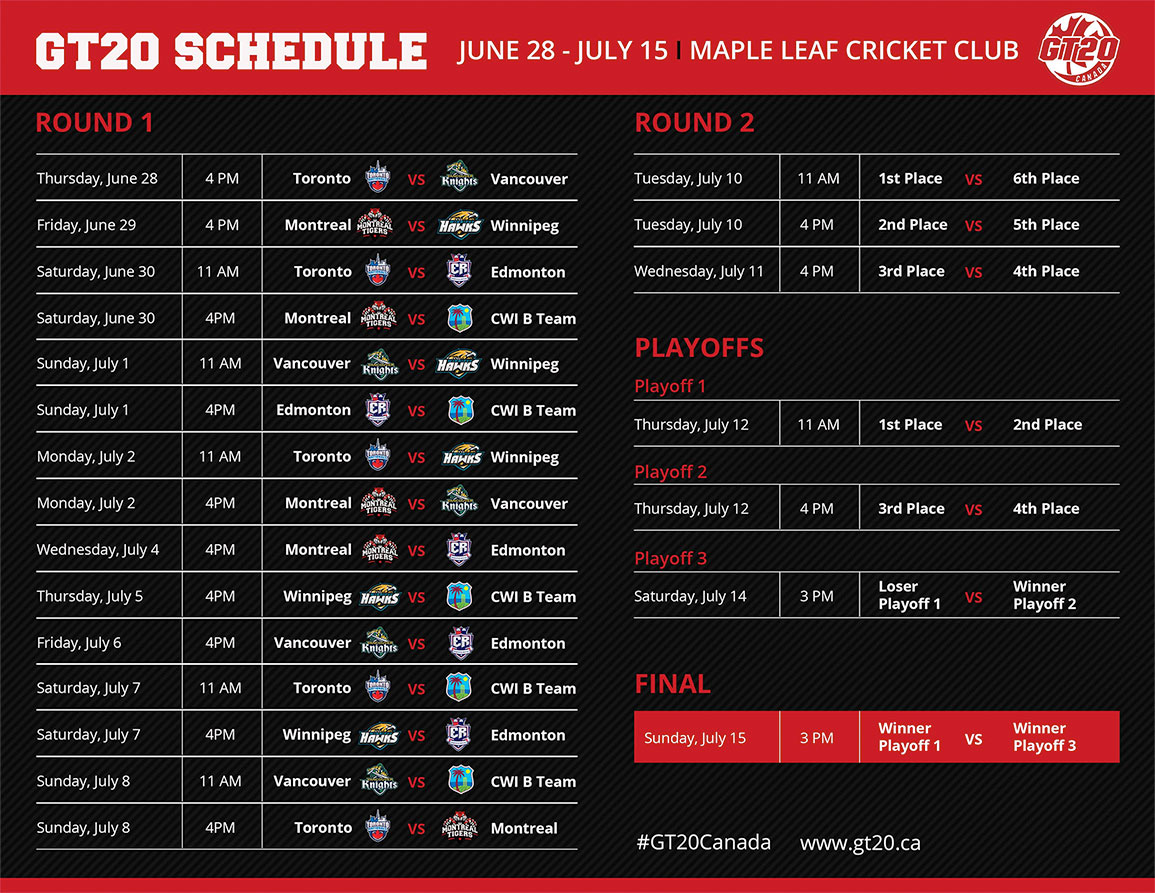 “The schedule reveal is another symbolic step towards bringing the excitement and spectacle of pro Twenty20 cricket to Canada, and making cricket and Canadian sport history,” said Gurmeet Singh, Chairman, Global T20 Canada. “With the calibre of talent coming to Canada, fans will see top international stars in every match from the opener through to the final.”

The schedule includes matches spread across two rounds and playoffs. Matches in the first round, to be played from June 28 to July 8, will be in a round-robin format with each team playing every other team once, for a total of 15 matches. Through the first two rounds, teams will earn two points for a win and zero points for a loss. Only the top four teams advance to the playoffs.

The schedule has two matches on weekend days and holidays. Weekdays will have a single match. Three off days are built into the schedule on July 3, 9 and 13.

“The schedule provides many opportunities for fans from all over to see many of cricket’s star players, and plan their day around Global T20 Canada,” said Jason Harper, Tournament Director, Global T20 Canada. “Creating a strong fan experience is paramount and will help build a strong foundation for the league going forward.”

Information on tickets (seating, pricing and purchasing), broadcast partners and the broadcast schedule will be announced later this week.

BAN vs PAK 2nd Test LIVE; How to watch Bangladesh vs Pakistan LIVE Streaming in your country, India