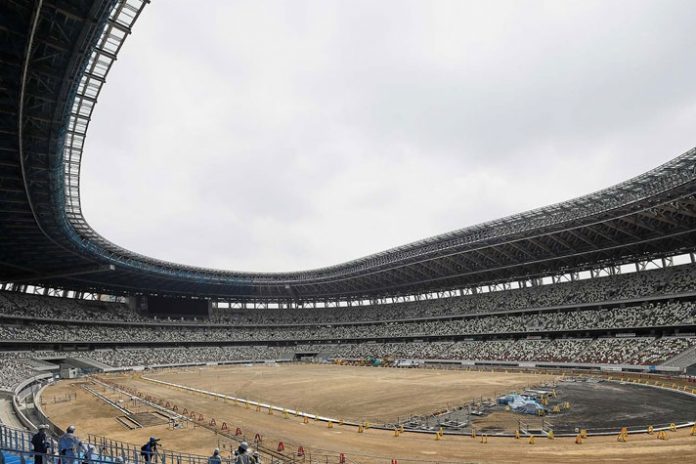 The construction work at the Olympic stadium in Tokyo is going on as scheduled to meet all deadlines.

Tokyo 2020, the organising committee for the Olympic and Paralympic games next year, has released first pictures of the main stadium, where 90% work is complete.

With the start of Olympic and Paralympic Games Tokyo 2020 just a year away, the Olympic Stadium is now 90 per cent complete – and is on schedule to be finished this November, Tokyo 2020 has stated in this write-up on its official website.

The main stadium will officially be unveiled to the public this December, according to the Japan Sport Council (JSC), the organisation responsible for overseeing the building of the site.

Considered a major draw for the Games, the brand new Olympic Stadium will host the Opening and Closing Ceremonies as well as football and athletic competitions for Tokyo 2020.

It was used as the main stadium for the Tokyo 1964 Olympic Games and was rebuilt for the Games.

An open day was held by the Japan Sport Council on July 3, where the media got the first taste of the Olympic Stadium spectator experience. With 90 per cent of the stadium ready, work is currently underway to put the finishing touches to the stadium’s exterior, interior and field to ensure the Olympic Stadium’s completion this November. 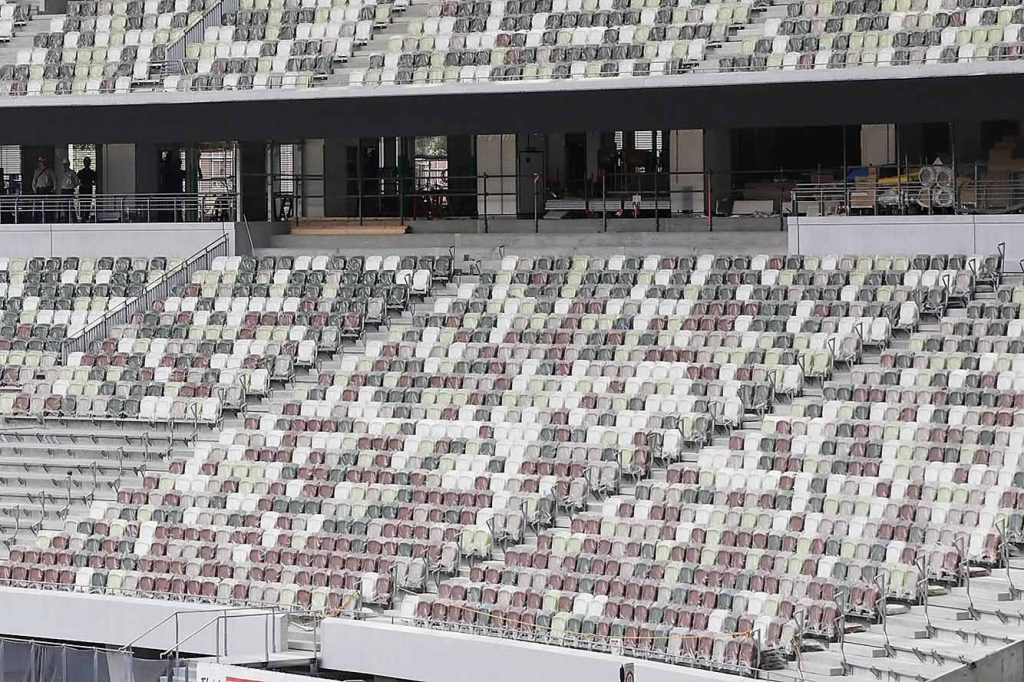 The colour of the spectator seating changes gradationally from the lower to upper seats, providing a mosaic of ‘earth colours’, and blends perfectly with the abundance of greenery surrounding the Olympic Stadium.

The lower seats are positioned surprisingly close to the field, providing future spectators seated here to be up and close of the action.

Earth colours such as white, olive green, grey, dark green and dark brown have been selected as the seat colours. The darker seating situated are closer to the field. Lighter-coloured seating arranged closer to the roof.

According to a stadium official, the temperature drops by around 10C inside the venue.

Fans and misting systems have been installed in different areas to reduce heat and cool the stadium. The roof also covers all spectator seating providing plenty of shade during the Games.

To top it off, high-definition large-screen devices were also installed on the north and south sides of the stadium, ensuring the best Games spectator experience. 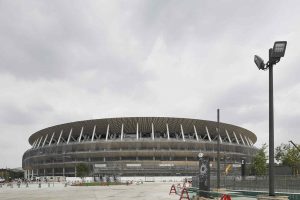 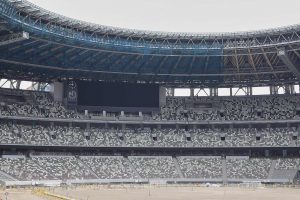 On 21 December, a grand opening event will be held for the public to unveil the new Olympic Stadium.

Some 60,000 spectators are expected to attend the opening, and plans are underway to invite leading Japanese athletes and artists to perform which will provide spectators with an unforgettable experience.