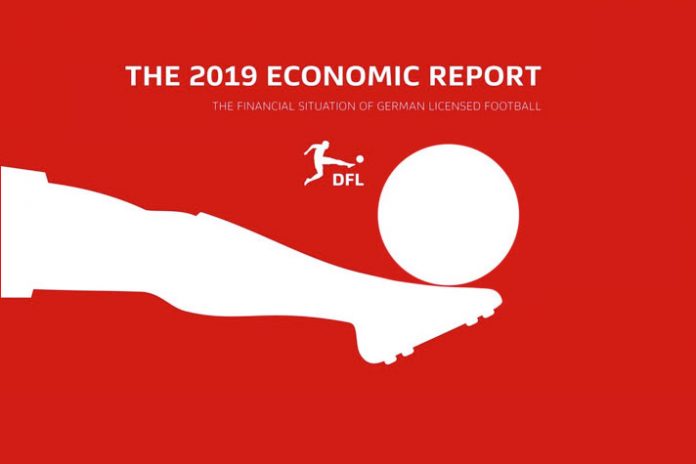 German professional football has confirmed its positive development in the 2017-18 season.

The main growth driver is revenue from the national media contracts that have been in place since 2017-18.

The Bundesliga alone recorded total revenue of €3.81 billion in the past season. This represents growth of around 13 per cent compared with the 2016-17 season (€3.37 billion) and is almost double the figure recorded seven years ago in 2010-11 (€1.94 billion). But for one of the 18 Bundesliga clubs have generated revenue in excess of €100 million in the 2017-18 season. The Bundesliga clubs also achieved a record equity, which amounted to €1.6 billion, double the figure recorded in the 2013-14 season (€807.3 million), the German top flight football league has stated in a report.

The revenue generated by the 18 Bundesliga 2 clubs exceeded €600 million for the third year in succession in 2017-18 (€608 million). The slight reduction compared with the previous year was due to the composition of the division as a result of promotion and relegation. However, the result returned to positive territory (€26.7 million), thereby underlining the good overall economic position of Bundesliga 2 in the past season.

The clubs have collectively contributed €1.28 billion of taxes and duties.

Here are the other important numbers highlighted in the report:

The economic strength of German professional football is also having a significant fiscal and economic effect: At €1.28 billion, the 36 clubs and limited companies of Bundesliga and Bundesliga 2 made a record payment of taxes and duties to the state as well as social security and accident insurance contributions in 2017-18. The Bundesliga and Bundesliga 2 are also driving employment, with – for the first time – more than 55,000 people being employed by the clubs and their subsidiaries. The number of people employed directly or indirectly within professional football increased to 55,142 – an all-time high.

DFL CEO Christian Seifert: “German professional football has continued its positive development. This is driven in particular by revenue from the current national media contracts, which are reflected in the balance sheets for the first time.” Seifert continued: “Digitalisation and globalisation will open up new opportunities for German professional football in the coming years. In order to create the optimal environment for the clubs and existing and potential partners alike, the DFL is working consistently to enhance the conditions. This includes expanding its innovation leadership in the area of new technologies as well as its presence on international markets.”