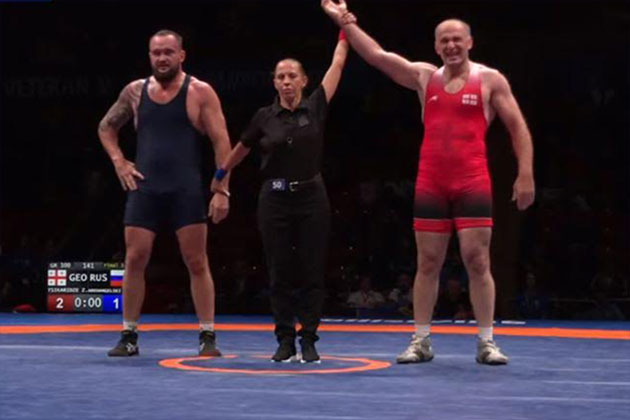 Zurab Tsikaridze of Georgia won his quarter-finals bout in a mere 20 seconds on his way to the fourth gold in the UWW Veterans World Wrestling Championship gold medal.

In front of the home crowd, the three-time World Veterans Wrestling Champion Georgian beat Russia’s Alexander Arkhangelski 2-1 in the 100 kg final at the Veterans World Championships in Tbilisi on Tuesday to extend his Veterans World crowns to four.

Must Read: Why has SAI dropped me? Why my one failure is held against me? Why an Olympic Medallist is treated this way?

Tsikaridze in the quarter-finals eliminated his German rival Ilja WOITASCHEK 8-0 in a mere 20 seconds to set-up the semi-finals clash…….Continue reading: Click here