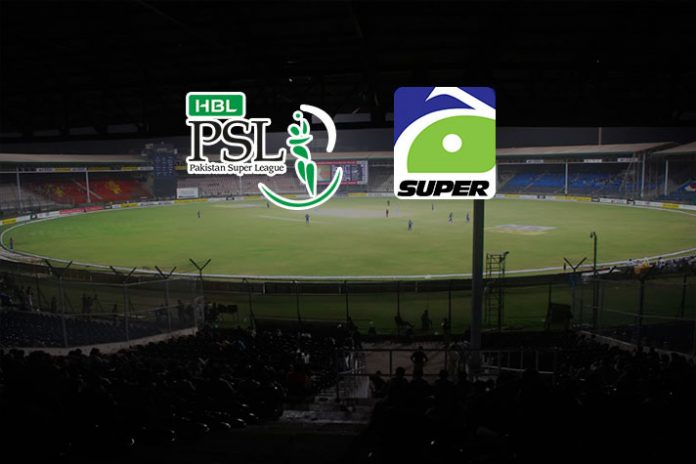 Geo Super will be the official broadcaster for the Pakistan Super League Season 4. The official media right holders for the PSL Season 4, Blitz Advertising & Techfront have entered into a rights agreement with GEO Super. The sub-licensing deal grants GEO Super exclusive PSL broadcast rights it the territory of Pakistan.

Ahsan Idris, GEO Super CEO, hailed the deal a “big day for us”. He said that the company had an old association with the PCB and they had also purchased these rights in 2016.

Ahsan said the PSL has become the second big league of the world due to marketing and managing team of the Pakistan Cricket Board. He said their sharing and partnership with the Geo Sports will lead this league to the new destinations of successes.

Overall, the PSL has secured a whopping 358% rise in their new broadcast deal. The new deal, which was announced earlier, was won by the combine of Blitz Advertising & Techfront for $36 Million for a four-year cycle from 2019 to 2022. The new contract includes both TV and digital streaming rights for the league.

Pakistan’s national broadcaster PTV and Ten Sports were among the five bidders, Pakistan Cricket Board had confirmed in a media release earlier. Blitz Advertising & Techfront combine outbid  the other rivals with a record $36 million commitment.

“We have successfully exceeded our targets for the new PSL broadcast and live streaming rights,” Ehsan Mani, the PCB chairman, said. “I would like to congratulate and thank Blitz Advertising and Techfront for partnering with us once again. This is a time-tested partnership and our joint objective, for the next three years, is to ensure that the PSL continues to grow in terms of fan engagement.