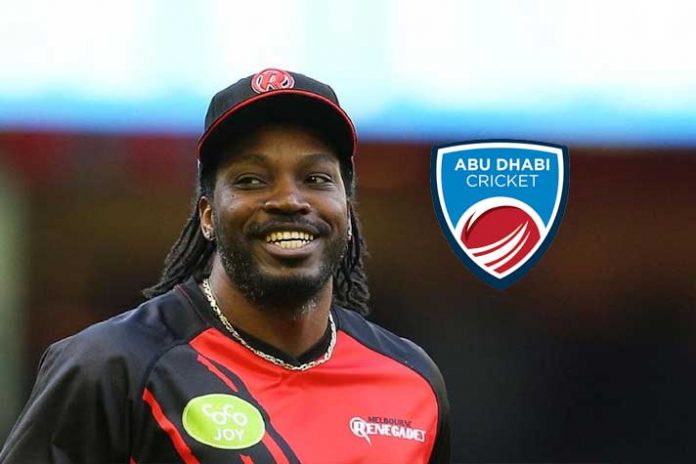 Chris Gayle will be among the star attractions at the Abu Dhabi Cricket League, which has also finalised six team franchisees.

Abu Dhabi Cricket will host a three-day T20 league that will feature six teams with star players like Chris Gayle in action. The inaugural edition of the Abu Dhabi Cricket League will be held from October 4 to 6 and have domestic teams from England, South Africa, Afghanistan, Pakistan and Australia in action along with a team from UAE.

Yorkshire Vikings from England’s T20 Blast, the Multiply Titans from South Africa’s CSA T20 Challenge, the Boost Defenders from Afghanistan’s Shpageeza League, the Lahore Qalandars from the Pakistan Super League and the Hobart Hurricanes from Australia’s Big Bash League will be seen fighting it out over three days for the championship crown.

Apart from Gayle, the likes of England’s Tymal Mills and Gary Ballance, Pakistan’s Yasir Shah and South Africa’s Farhaan Behardien and Albie Morkel are also reported to be a part of the Abu Dhabi Cricket League. The tournament has been sanctioned by the Emirates Cricket Board (ECB) and the ICC.

Speaking on the tournament, Abu Dhabi Sports Council general secretary Aref Al Awani said: “Make no mistake, this is a dynamic field of the best of the best. With this level of player power, the tournament allows Abu Dhabi to deliver on our mandate of ushering in an exciting new era of cricket in the Emirates. The tournament will certainly help cement Abu Dhabi’s international sporting credentials, reinforcing its major events hub reputation and expand awareness of our world-class facilities.”