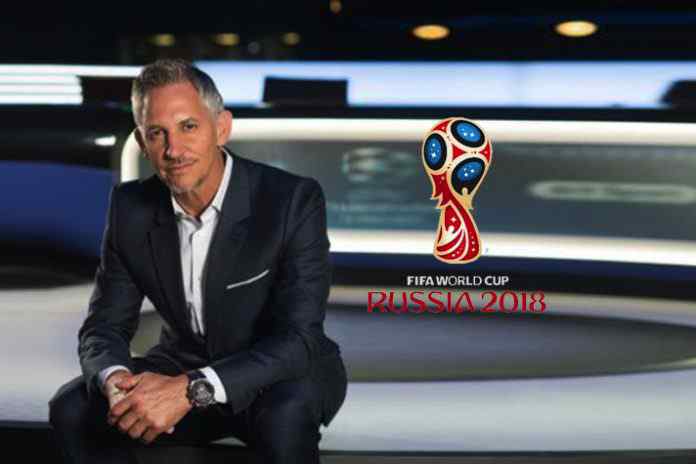 Gary Lineker will conduct the final draw for the FIFA World Cup Finals. Russian sports journalist Maria Komandnaya will support the former England striker at the draw ceremony on December 1.

The final draw for the 2018 FIFA World Cup finals in Moscow is now tantalisingly close, and we can reveal who will be on stage to help guide the millions of fans around the world through the ceremony, FIFA has stated in a News release.

Former England striker Gary Lineker – who won the Adidas Golden Boot at Mexico 1986 – will conduct the Final Draw in Moscow’s State Kremlin Palace on 1 December, supported by Russian sports journalist Maria Komandnaya. They will be joined by eight draw assistants, one of whom is Russian football legend Nikita Simonyan. The remaining seven and the presenters of the show will be revealed in the coming days.

“As a player, I was fortunate enough to take part in the World Cup finals on two occasions. It is quite special to be involved in yet another tournament — now on the stage, unveiling the results of the draw. I have been on the other side, waiting to find out my opponents, and I know how exciting this occasion is,” Lineker said.

Lineker enjoyed a stellar international career, helping England to the Italy 1990 semi-finals as well as finishing top scorer in 1986. Since retiring from a successful career that included spells at Barcelona, Tottenham Hotspur, Nagoya Grampus Eight and his hometown club Leicester City, Lineker has become one of the most recognizable sports broadcasters in the United Kingdom.

He presents the BBC’s Match of the Day Premier League highlights programme as well as BT Sport’s UEFA Champions League coverage, the BBC’s UEFA EURO and World Cup coverage and was formerly the anchor of NBC and ESPN’s Premier League programming.

“We at FIFA are really pleased that Gary has accepted our invitation and that he will be with us for such an important occasion for the world of football. Following a football career as a legendary goal scorer, which was marked with a burning passion for the game, Gary continued in the same light as a football expert. His honest and open views together with his in-depth knowledge of the game greatly enrich the world of football journalism. It is, therefore, an honour that Gary will conduct the Final Draw for the World Cup in Russia,” said FIFA Deputy Secretary General Zvonimir Boban.

Komandnaya is one of the most well-known sports journalists in Russia, with over a decade of experience across a range of media outlets on radio and television, including FOX Sports, Match TV and Moscow FM.

“The draw is an extraordinary time,” Komandnaya said. “Millions of fans are holding their breath, hoping their dreams will come true. It’s the time when the World Cup officially begins.

“I believe that football is a universal language, capable of bringing people together from all around the world. And it’s the time when all of us can speak football. I’m so thrilled to have the chance to help conduct one of the greatest sports events. I want to show fans how beautiful my country is and how excited we are to host the World Cup. We are so passionate about what we do, and about football. Believe me, it will be a truly extraordinary event.”