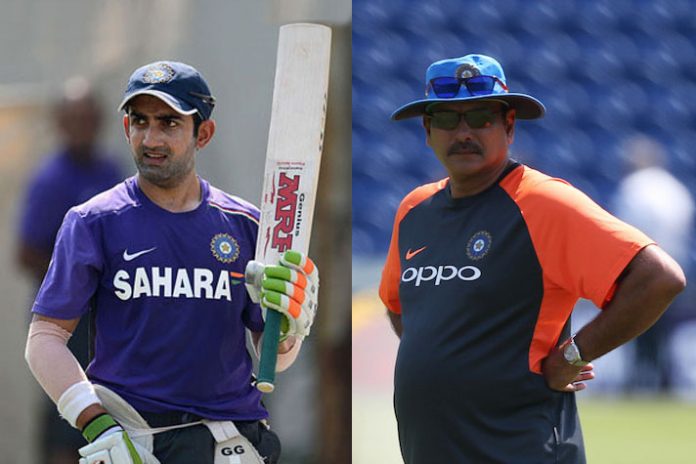 Gautam Gambhir minces no words in expressing his frank opinion. The former India and Delhi opener after having termed coach Anil Kumble’s elimination as a ‘disgrace’, has taken a jab on Team India head coach Ravi Shastri.

Lashing out on Shastri for his comment about the Virat Kohli-led India being the best Indian team to tour overseas in the past 15 years, Gambhir went to the extent of questioning his achievements.

Gambhir, in an interview with Network 18, said “I’m sure he must not have seen enough cricket. If he had he seen enough cricket, he wouldn’t have given that statement. The comments made by Shastri (about current Indian team being the best touring side) were childish”.

Gambhir also added that he was not entirely sure about the achievements of the current coach in his own career. “I’m sure that people who haven’t won anything give these kinds of statements. I don’t know what Shastri has achieved in his career apart from winning the World Championship in Australia. I don’t think he was a part of an overseas series win. If you haven’t won anything yourself, you feel the team you are coaching is the best. It happens because you have not seen the best. He must not have seen earlier series,” said Gambhir.

“Anil Kumble was very, very important for Indian cricket,” said Gambhir, who in an earlier interview had termed Kumble the best among all his captains. “Kumble was an honest, selfless leader. If he had led India for a longer time, our history would have been more glorious. He has been the biggest match winner for India ever. There has been no bigger disgrace for Indian cricket than the way Kumble was removed.”

Also Read: Gambhir announces retirement from all forms of cricket