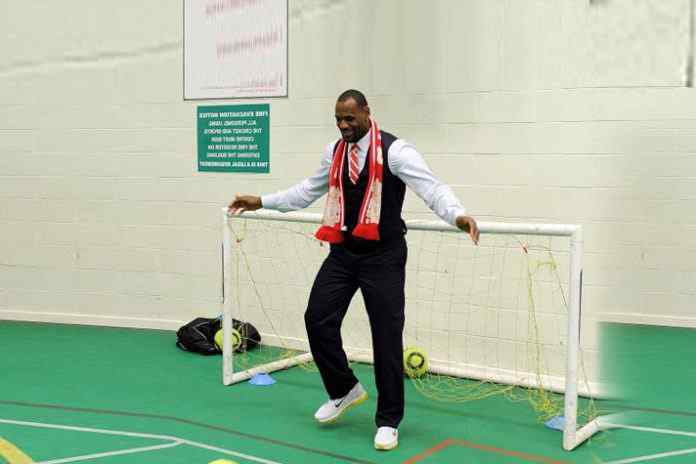 LeBron James is hailed as the King on the Basketball Court. This NBA star’s professional gains go beyond the basketball court. To the soccer fields in England.

The Cleveland Cavaliers star LeBron James has had a double delight over Thursday, May 3 – across a basketball and a football field. The American professional basketball icon created an NBA record with 40 points, highest ever in the NBA history, 14 assists and eight rebounds. That was the sporting gain for the professional sportsman LeBron James.

Off the basketball court, the iconic hoopster is making big commercial strides as English Premier League Liverpool heads into the Champions League final against Real Madrid.

LeBron James seeks direct commercial gains from the Liverpool success as a stakeholder in the most successful English football club, all set for their eighth Champions League crown.

LeBron James holds a 2% stake in Liverpool. He is also the only NBA star to have an investment in a premier professional football club.

LeBron James had reportedly received the Liverpool stake for $6.5 million in April 2011. The value in a precise span of seven years has escalated almost 400% to $32 million.

Liverpool, valued at $477 million in 2010, has according to various evaluations now values between $1.5 billion and $1.6 billion.

The club, currently placed third in the Premier League table, is set for its first Champions League final appearance since 2007.

Liverpool is tipped as favourite against fancied against defending champions, Real Madrid, who on May 26 in Kiev will be eyeing their fourth Champions League title in five years.