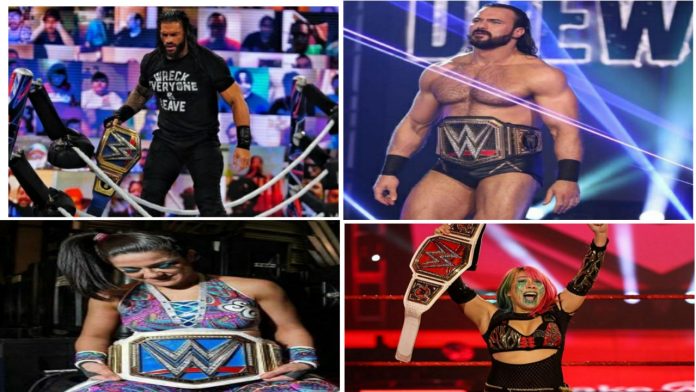 WWE News: WWE superstars take a lot of courage inside the ring to become champion. And it takes even more effort to defend it every week. However, after the WWE’s PPV Payback 2020 we witnessed some champions change hands. So, Here insidesport.co brings you the current WWE champions from both WWE Raw and WWE Smackdown ahead of Clash of Champions 2020.

– WWE Championship: Drew McIntyre after defeating Brock Lesnar at Wrestlemania 36. McIntyre is all set to defend his WWE championship against Randy Orton at Clash of Champions 2020.

– United States Championship: Bobby Lashley after defeating Apollo Crews at WWE Payback 2020. Currently there is no challenger for Lashley’s US title.