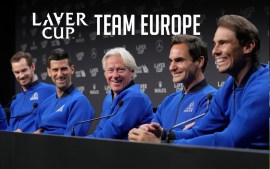 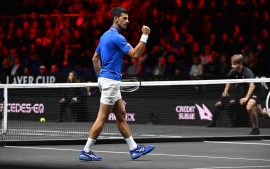 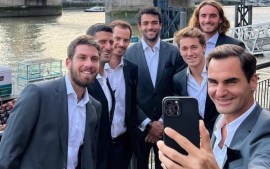 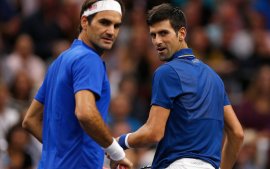 French Open 2021 Quarterfinals: Novak Djokovic vs Matteo Berrettini: Novak Djokovic would have finished the game in straight sets but Berrettini fought back hard to win the 3rd set. However, the Serb was relentless and won the match 6-3, 6-2, 6-7, 7-5 to set up a mouth-watering semi-final showdown with defending champion Rafael Nadal.

Djokovic beat Berrettini: Top seed Djokovic was given a mighty scare against Italian teenager Lorenzo Musetti on Monday, losing the first two sets, but seemed to be rolling towards a straightforward victory after moving two sets ahead against Berrettini.

Berrettini dug his heels in throughout the third set without managing to fashion a break point.

With the first night session crowd permitted getting behind the 25-year-old, Berrettini extended Djokovic into a tiebreak and bombed down a couple of aces and some venomous forehands.

Djokovic had the match on his racket at 5-4, however, but a couple of uncharacteristic errors gave Berrettini a set point that he converted with another thudding forehand.

Suddenly an energised Berrettini looked dangerous but the drama was halted as the 5,000 fans were ordered to leave in line with Paris’s 11pm COVID-19 curfew requirements when Djokovic led 3-2 on serve in the fourth set.

After a 25-minute delay, in which the players left Court Philippe Chatrier, battle resumed in silence and despite a heavy fall which grazed his hand, Djokovic sensed his moment when Berrettini served at 5-6.

Djokovic vented his anger as Berrettini saved a second match point with a brutal forehand and he then produced a series of deafening roars aimed at his entourage after clinching the win at the third time of asking.

World No. 1 Novak Djokovic and No. 3 Rafael Nadal are headed for yet another clash in the French Open semifinals on Friday.

No. 3 Nadal out-lasted No. 10 Diego Schwartzman in four sets in one quarterfinal on Wednesday, while No. 1 Djokovic fought off No. 10 Matteo Berrettini in a four-set match.

“Djokovic is one of the best players ever,” Nadal told reporters. “We know each other well and anything can happen when you face him.”

The winner will meet the survivor between No. 5 Stefanos Tsitsipas and No. 6 Sascha Zverev in Sunday’s Roland Garros final.

1 Djokovic vs 3 Nadal
6 Zverev vs 5 Tsitsipas