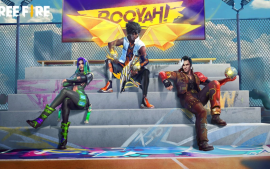 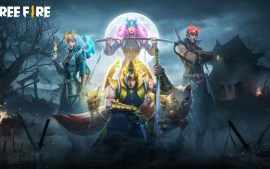 Free Fire Help Center: How to submit a request and report other…

Free Fire x Street Fighter: Check out All Leaked Skins from the Collab

Garena Free Fire x Street Fighter: Check out All Leaked Skins from the Collab: With the conclusion of the Free Fire World…

Garena Free Fire x Street Fighter: Check out All Leaked Skins from the Collab: With the conclusion of the Free Fire World Series, every Esports fan around the world witnessed the unprecedented growth Free Fire has made over the past few years. Along with big esports events, Garena frequently introduces in-game collaborations as part of its expansion. Another mega collaboration has been teased today with the Japanese Fighting Game franchise Street Fighters.

Previously, a trailer was released on the official YouTube channel to showcase the upcoming collaboration that includes new character skins, gun skins, gloo wall skins & more. Have a look at the trailer

Today, on their official social media handles, Free Fire India featured the latest collab by posting ‘Our special guests are about to make their entrance’ with an image of the famous street fighter characters Ryu & Chun-Li.

Bart FF, who is an expert data miner, had leaked the news of the collaboration ahead of the official announcement. He also shared a list of items that will be introduced as part of the latest collaboration. The list features a number of skins inspired by popular Street Fighter characters like Ryu and Chun-Li. Here is the list:

Have a look at the latest Skins leaked from the Collab

Free Fire had recently announced their upcoming collaboration with the British Supercar McLaren P1. Previously, the game has collaborated with a number of celebrities & other franchises to introduce exciting in-game events. It has also featured other Japanese franchises such as Attack on Titan, One Punch Man & Demon Slayer.

Now, dates for the Free Fire x Street Fighter Collaboration haven’t been confirmed yet & the trailer only highlights a coming soon message. However, the Event is very likely to begin after the ongoing Rampage Event is over. According to Roar Gaming, the Free Fire x Street Fighter event is going live on 5th July. Find out further details about the collab from his video down below. 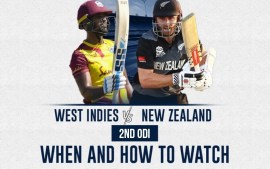 WI vs NZ Live Streaming: When and how to watch West Indies… 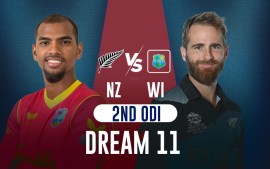