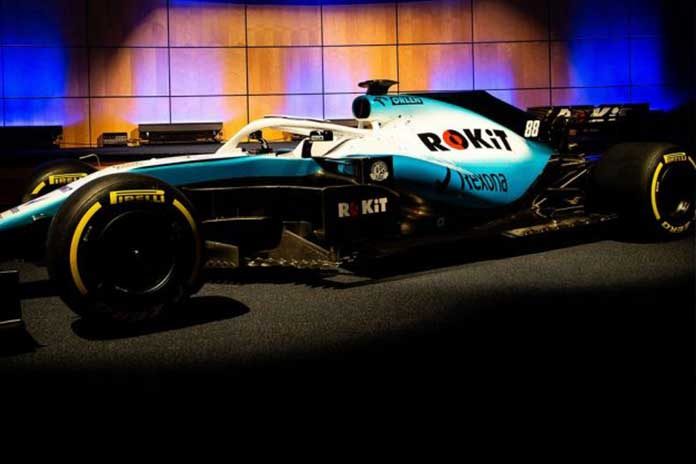 British American Tobacco returns to Formula 1 after 13 years with a multi-year partnership with McLaren while Williams have landed a multi-year title deal with Rockit. The team will race as Rokit Williams Racing now. This spells the end of Williams association with Martini.

Martini had opted not to prolong its four-year association with the team.

As part of the deal Rokit gets branding on the side of Williams’ race cars with the logo also featuring prominently on the race suits and helmets of drivers George Russell and Robert Kubica.

In addition, Williams and Rokit will work together to create race lifestyle content and interactive activations around key races.

Claire Williams, deputy team principal for Rokit Williams Racing, said: “We share many similar values and aspirations with Rokit; primarily putting engineering and innovation at the core of everything we do in our pursuit to be the best – the perfect platform from which to start a partnership.”

“With Rokit launching in 2019 we wanted a global platform that would help us tell our story of innovation,” added Rok Brands chairman Jonathan Kendrick. “Williams Racing is the perfect partner. With them we can bring Formula One to audiences in new and pioneering ways. Through our glasses-free 3D technology and our Wi-Fi capabilities, we aim to make Formula One even more accessible for all.”

Meanwhile, British American Tobacco will promote its electronic smoking alternatives through global deal with McLaren. The Tobacco brand was away from F1 circuit since 2006.

McLaren said the partnership is ‘focused solely’ on BAT’s reduced risk products, with the tobacco giant’s vaping brands to be emblazoned on the team’s race cars.

The tie-up will also have an emphasis on technology, with McLaren Applied Technologies set to work with BAT on areas including battery technology and advanced materials, while the two parties will also share best practice.

“We welcome BAT to the McLaren team and support their ambition of delivering meaningful and lasting change through innovation,” said Zak Brown, chief executive of McLaren Racing. “BAT’s transformation agenda is central to this partnership and we are pleased to share our technical experience and expertise in helping to accelerate this.”

“We’re extremely proud and excited about this new partnership, further enabling us to accelerate the pace at which we innovate and transform ourselves,” added BAT’s chief marketing officer, Kingsley Wheaton. ”It gives us a truly global platform with which to drive greater resonance of our potentially reduced risk products, including our Vype, Vuse and glo brands.”