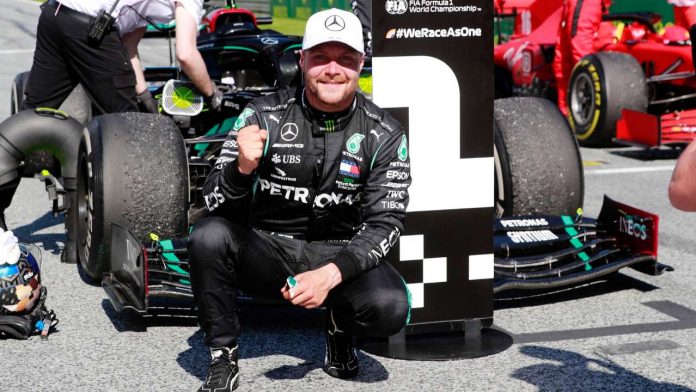 Valtteri Bottas will be staying with Mercedes for 2021 season. Bottas has secured a new contract to stay at Mercedes in 2021.

The Finn, 30, is likely to partner Lewis Hamilton, although the six-time world champion has not yet agreed a new deal with the team.

Bottas said: “I’m very happy to stay with Mercedes in 2021 and build on the success we’ve enjoyed together already.

“The past few years have been all about continuous improvement. I’m confident that today I’m the strongest I’ve ever been, but I can always raise the bar.”

Bottas heads into this weekend’s 70th Anniversary Grand Prix at Silverstone 30 points adrift of Hamilton in the championship after a puncture in the closing stages of the British GP last weekend dropped him from second place to finish out of the points.

Hamilton also suffered a puncture – his on the final lap – but he held on to take his third consecutive win this year.

Bottas said: “We’re in the middle of a shortened season and I want to give my absolute best in every race. The puncture last weekend was a blow in my fight with Lewis, but I’m determined to come back strong this weekend on the same track.”